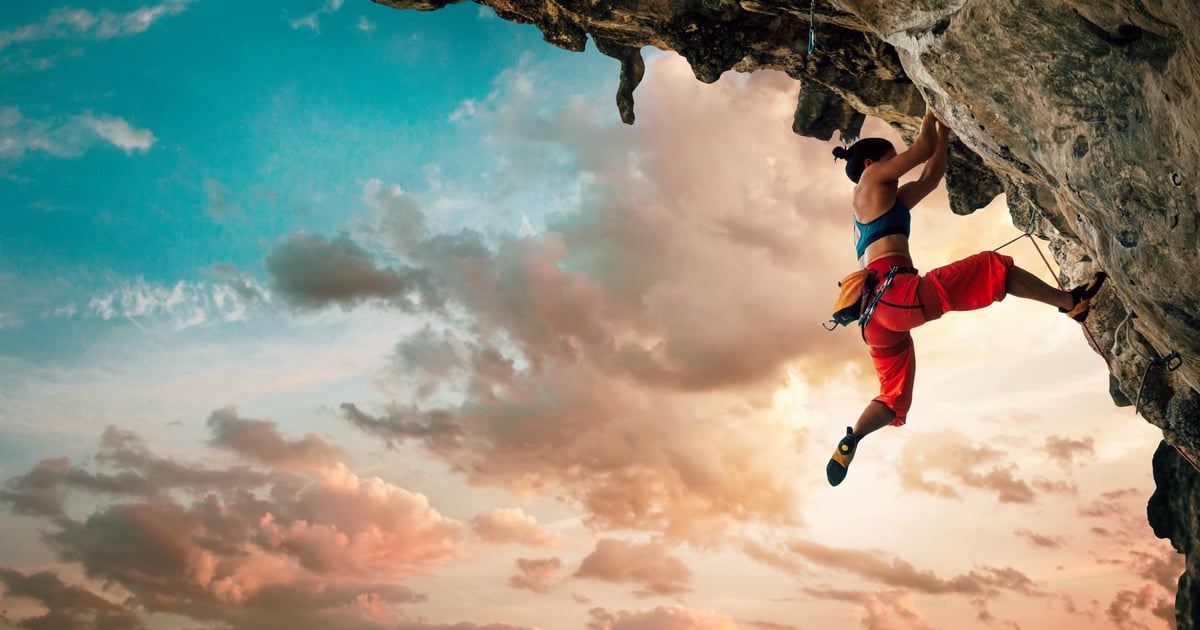 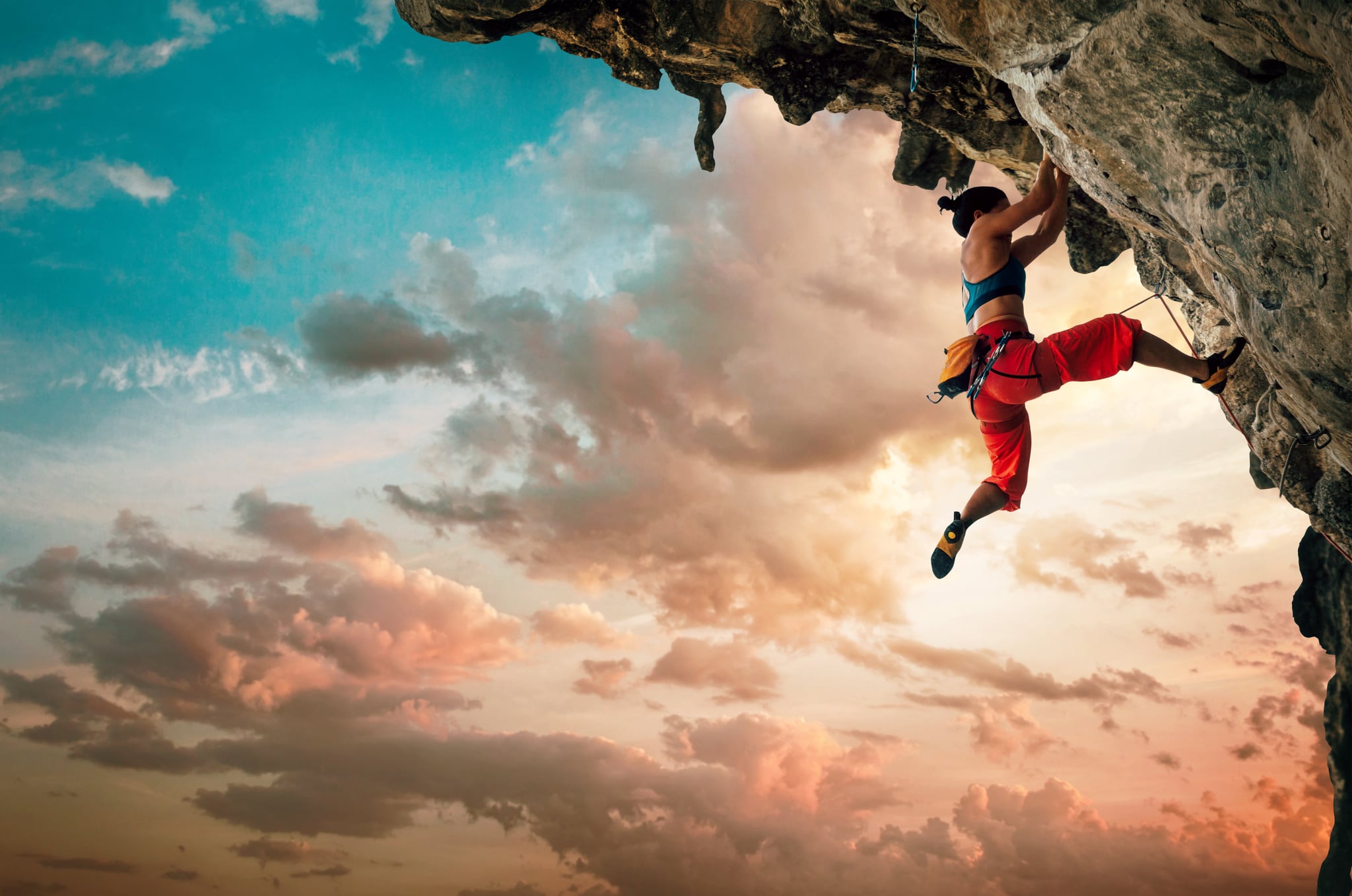 The word “stress” typically has a negative connotation and is often associated with unpleasant emotions like anxiety and feeling overwhelmed. The World Health Organization defines stress as “any type of change that causes physical, emotional or psychological strain.” And when stress becomes so severe or prolonged (or both), it’s referred to as distress. But not all stress is a bad thing. In fact, some stress can be beneficial.

The good-for-you kind of stress is referred to as eustress. It’s known to be “a constructive type of stress that reflects a state of positive emotional arousal associated with activation and engagement,” according to a journal from the National Library of Medicine. So what about eustress makes it so damn good for you? POPSUGAR spoke to an expert about eustress and how to make the most out of the stress in your life.

Eustress is a beneficial type of stress that is manageable, acute, and short-term. It’s a product of the nerves brought on when faced with a fun but nonthreatening challenge, according to the National Library of Medicine. “Eustress is the physical, mental, and/or emotional tension that is placed on the mind and body when we engage in activities that actually nurture our well-being and foster growth,” says Andra Brown, a NY-based licensed mental health counselor who specializes in anxiety, racial identity, and stress. Eustress has the ability to produce feelings of excitement, fuel our passions, and keep us motivated and focused, Brown says. “When we experience these feelings, we become more confident in stepping out of our comfort zones and being challenged.”

What About Eustress Makes It Positive?

Eustress is considered positive because of the response that it produces. When the body experiences eustress, feelings of excitement, achievement, pleasure, meaning, and motivation are produced. Brown uses exercise as an example. Working out can be “eustressful” physically, emotionally, and psychologically. Physically, it will challenge you to build up your body to improve your personal ability and fitness level. Emotionally, it can result in positive feelings of fulfillment, happiness, inspiration, and ambition. And psychologically, it can help enhance your confidence and personal growth. Eustress is what Brown likes to call “the just-enough pressure that’s placed on the mind and body.”

What Is the Difference Between Eustress and Distress?

Distress is what happens when we engage in physically depleting activities that don’t nourish our bodies or our growth, Brown explains. “Distress takes and does not center your needs. We hop into the distressful zone when we start to engage in activities that are taking more than it’s giving us.” Distress stressors can be things such as deadlines, financial problems, losing a loved one, or ending a relationship. These kinds of stressors can lead to a lack of sleep, fatigue, shortness of breath, headaches, mood swings, and feeling overwhelmed, Brown says. Eustress, on the other hand, creates pleasant effects and is often short-term, producing feelings of excitement and motivation. Eustress stressors can be things such as exercise, a first date, achieving a goal, or vacationing. Brown says eustressful stressors such as these can impact us by increasing our energy levels, productivity, positive outlooks, and self-confidence. During moments of eustress, we are able to perceive certain challenges as less threatening, she says.

However, eustress and distress can resemble each other through physical sensations. Nervousness, the pounding of your heart, and racing thoughts can be produced when stressed, positively or negatively. “There are some flares of similarity between the ways in which we show up for distressing events and show up for things that are actually pushing us in the ways that we need to be pushed,” Brown explains. “Being triggered and having that anxiety response in your body, that’s more so distressful, but when you think about excitement, it has the same flares of anxiety, but it’s not so fear based.” If you’re still unsure whether the stress you’re experiencing is eustress or distress, the National Library of Medicine says there are four main differences between these two types of stress.

What Are Examples of Eustress?

Everyone is different, and moments that may produce eustress in our lives vary from person to person. But these are some examples of activities that can produce eustress.

When Is Eustress Considered Bad?

Eustress is still a type of stress and can be considered negative if it becomes distress, according to Brown. It’s important to note the stress is not all black and white — it exists on a continuum or a spectrum. That means what may seem eustressful today could become distressful as time goes on. For example, you may feel the work you are doing challenges you and generates growth and knowledge at first, providing eustress, but the work can become overwhelming and difficult with unrealistic deadlines and expectations, causing distress. “It floats back and forth, and we float back and forth on this spectrum,” Brown says. “It’s really important to to understand that piece and also understand that it’s OK for certain things to just not serve you in the ways that they use to.”

How Do You Incorporate More Positive Stress in Your Life?

Incorporating positive stress can be as simple as engaging in more pleasurable moments, Brown says. This might look like playing your favorite video game once a week, listening to a daily podcast, or going on a monthly hike. Eustress can also be created through life changes, challenges, and new experiences. Taking on a new hobby or making a new friend can create eustress, as well as major life events, such as getting married or getting a promotion.

However, Brown says it’s important that your eustress is not solely work centered. It’s vital that you tap into your inner child, too, because, we find a lot of our eustressful moments in play. “Tap into your inner child to better understand how to use yourself as a resource,” Brown says. “Oftentimes, we seek things externally as a means of figuring out what our passions are and what motivates us.” But “a past version of ourselves may have the knowledge that we are looking for. The type of activities that you engaged in and didn’t engage in can tell you a lot about the things that may fuel your passions today,” Brown explains.

Checking in with yourself and your body is also important in understanding what stressors create eustress. “I wake up and ask myself, ‘What do you want to do today?,’ or more so, ‘What do you have the capacity for today? In what ways am I going to challenge myself, challenge my brain, and what is going to lead to pleasure?'” Brown says.

Healthy Wraps in the Original Yumbox bento lunch box!
Lipgloss Nails Were Made for Minimalists
My fav Healthy Lunch recipe | Somya Luhadia | #shorts #youtubeshorts #ytshorts
What I Eat In A Day | I lost 135 Pounds with these meals!
10 min Morning Yoga for Beginners – Perfect Way To Start Your Day