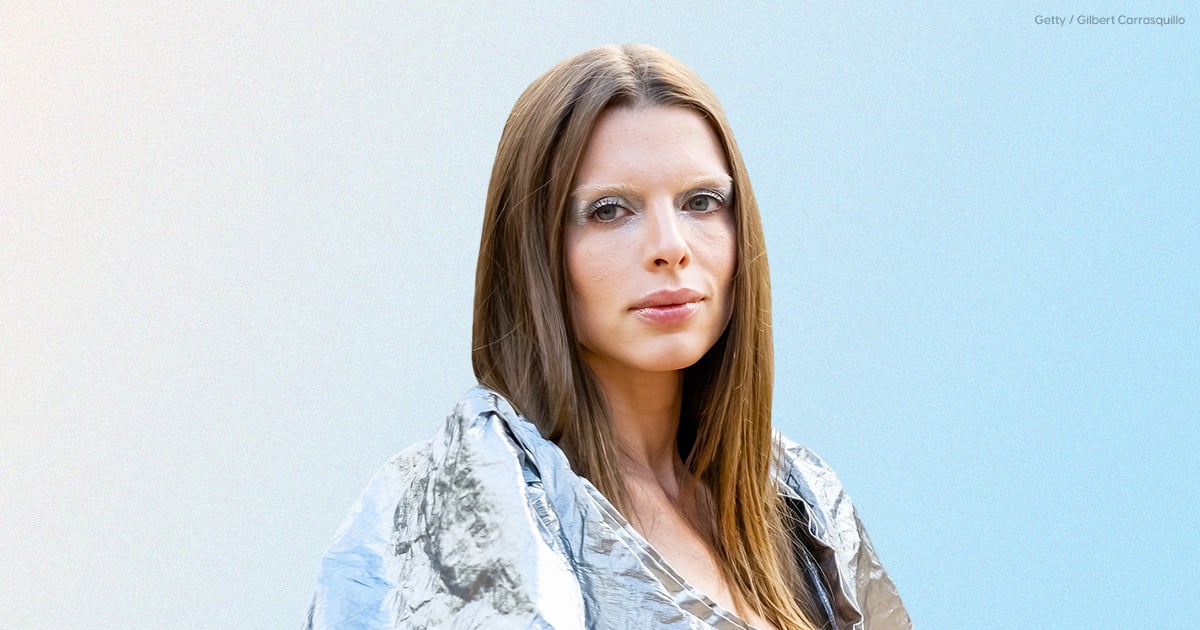 Replying to @auroriborealis there’s more too.

Julia Fox is opening up about what it’s like to be neurodivergent, a term that’s used to describe a type of brain that’s “different than the ‘norm,'” Sharon Kaye-O’Connor, LCSW, a psychotherapist who specializes in neurodiversity, previously told POPSUGAR. In a candid TikTok, Fox spoke about her experience living with ADHD and OCD. “It’s been very difficult,” she says. “I have bouts of great productivity . . . and then I have moments of deep, deep, deep stagnant type of feeling, like I just can’t f*cking move. I’ve never really talked about it, but ADHD is really tough.”

Fox’s decision to open up about her diagnoses came as a result of a previous TikTok video shared by neurospicebag. In the video, a young woman speculates that Elle Woods from “Legally Blonde” has autism, and that, oftentimes, women who are labeled as ditzy might actually be on the autism spectrum.

In recent years, women with autism have gained more visibility in media with celebrities, such as Sue Ann Pien, speaking about their diagnoses. As a result, people are becoming more aware of the complex struggles women specifically are facing. According to the National Autistic Society, autism presents differently in women and men, and the previous failure to recognize this resulted in a delayed diagnosis for many women, an issue that Demi Burnett has spoken about before.

This newfound perspective on autism in women has allowed women to redefine what it means to be neurodivergent.

In the comments of the @neurospicebag video, which now has nearly 65,000 likes, Fox commented a raised hand emoji. One TikTok user also tagged Fox — who has been open about her mental health in the past — to get her input. “Can you make a video about navigating your career while being neurodivergent?” the user asked.

While brief, Fox’s response about her experience with ADHD and OCD sparked a candid conversation about mental health among her fanbase. For those unfamiliar with ADHD, the disorder is often defined as an inability to focus, but it can be much more complex — and, again, symptoms can differ between women and men. For some people, certain ADHD symptoms can be debilitating, including extreme mood swings, poor organizational skills, starting new tasks before finishing old ones, the inability to deal with stress, and more.

Fox also described her troubles with OCD, which she indicates in her video she was only recently diagnosed with. “I used to count the number of letters inside of words in my head,” she says. “I’d always want them to reach 10 . . . If I’m not smoking weed, I’m literally counting.”

OCD is also a commonly misunderstood disorder. Instead of simply resulting in a need to have things orderly, as the disorder is often classified in the media, the disorder can lead to very hard-to-control compulsions and intrusive thoughts that make little sense to other people.

In the comments section of Fox’s video, fans thanked the model for her vulnerability and for promoting open discussions about mental health. One user wrote, “Thanks for sharing Julia — making us all feel a little more understood.”