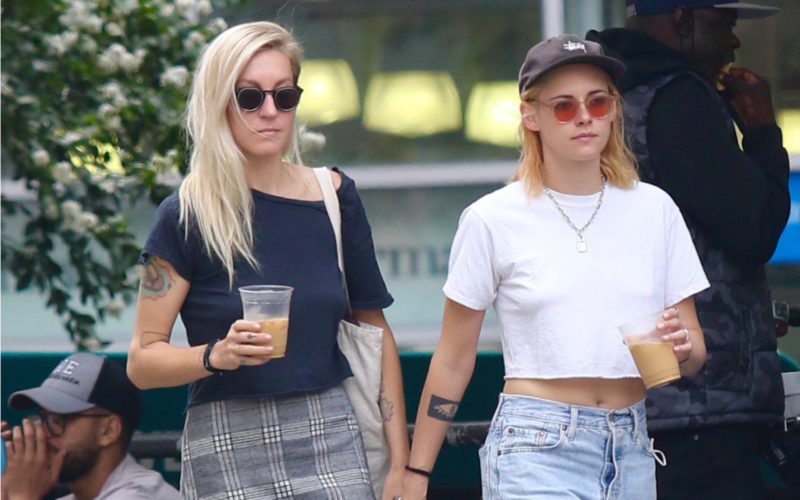 Kristen Stewart is engaged to her screenwriter girlfriend Dylan Meyer after two years together, the actor confirmed on November 2.

During an appearance on SiriusXM’s The Howard Stern Show, Stewart broke the news. “We’re marrying, we’re totally gonna do it,” she said, as reported by E! News. “I wanted to be proposed to, so I think I very distinctly carved out what I wanted and she nailed it. We’re marrying, it’s happening.”

The announcement comes two years after Kristen Stewart last discussed her plans to get engaged on Stern’s show in November 2019. In the interview, she shared that marriage was on the table, and that she “can’t f*cking wait” to propose. We love a good foreshadowing!

Stewart and Meyer have casually known each other for six years before dating, and it was love at first sight. “The day that I met her, all bets were off,” Stewart shared during her 2019 sit down with Stern. The Spencer star first told Meyer she loved her at a “shitty bar” after roughly two weeks of officially dating. At the time, she also shared that she had ideas for how she wanted to propose to her then-new girlfriend, saying, “I have a couple plans that are, like, just the coolest things to do. It’s pretty undeniable.”

The image of Kristen Stewart getting married never strays far from our minds — after all, the actor has already donned two wedding dresses in her respective roles as Bella Swan and Princess Diana. No one could forget the magical forest wedding in the Twilight series film Breaking Dawn – Part 1, where we saw overly-dependent yet equally adorable Bella wed resident vampire hottie Edward Cullen (Robert Pattinson) in a sleek Carolina Herrera gown. Most recently, Stewart donned a replica of the 1981 wedding frock that Princess Diana wore to marry Prince Charles in the upcoming biopic about the late royal, Spencer, which will be released November 5. Thanks to the on-point fashion references and a fan-approved English accent impression, Stewart’s portrayal of Princess Diana is already generating Oscar buzz.

It’s safe to say Stewart’s wedding to Meyer won’t be anything like those depicted in her films, though. In the past, the 31-year-old has said she’s not a traditionalist, jokingly adding that she and Meyer are both “scumbags.” The cool-girl power couple has been perpetually snapped sporting grunge fashion looks on casual LA outings. Can we get a punk-glam themed ceremony, please?

Congrats are in order for this almost intimidatingly good looking couple!

#1 EXERCISE FOR WOMEN OVER 50! The Asian Squat #shorts
How to Tell When You’re Actually Ovulating
Tips For New Yoga Teachers
Healthy Meals to break Your Fast With
healthy lunch ideas 🥑