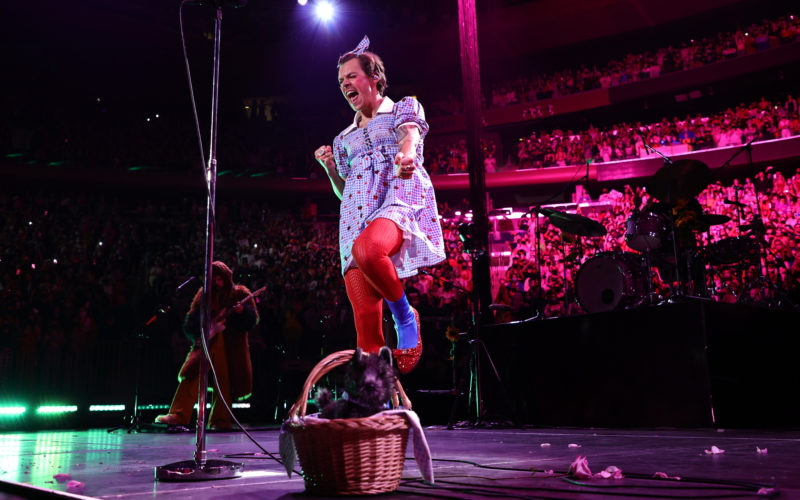 From Harry Styles to Cardi B, we round up this year’s best looks.

Halloween is sadly behind us, and what better way to mark the end of spooky season than a recap of the best celebrity costumes to grace our social feeds?

Joe Jonas, Sophie Turner and Olivia De Jonge showed us what dreams are made of with a Lizzie McGuire Movie moment, dressing up as Paolo Valisari, Isabella Parigi and Lizzie McGuire, respectively.

Over at New York’s Madison Square Garden, Harry Styles’ two night concert Harryween was in full swing, and we can thank the Watermelon Sugar singer for serving not one but two looks: Dorothy from The Wizard of Oz and what is likely the most chic clown costume we’ll ever see.

We can’t forget the queen of Halloween: Heidi Klum, who came to slay with a short zombie flick on her IG in which the model meets “her untimely doom at the hands of the demonically possessed children” before rising from the grave and returning to her life as a mom of the living dead.

Other memorable costumes include Lizzo, who once again came through with a killer costume, this year walking the streets of Hollywood as Grogu aka Baby Yoda from the the Star Wars Disney+ series The Mandalorian, while Ariana Grande transformed into the sea monster from the 1954 horror film Creature from the Black Lagoon.

From funny to sexy, scary and stylish, see our favourite celebrity Halloween costumes below:

Yoga For Beginners At Home 30 Day Challenge (Day 9) 20 min
How to Tell When You’re Actually Ovulating
We’re in the Age of Experimental Eyebrows
Should We Really Expect Honesty from Beauty Influencers?
Jane Fonda Reflects on Her Past Eating Disorder: “It’s a Very Lonely Thing”