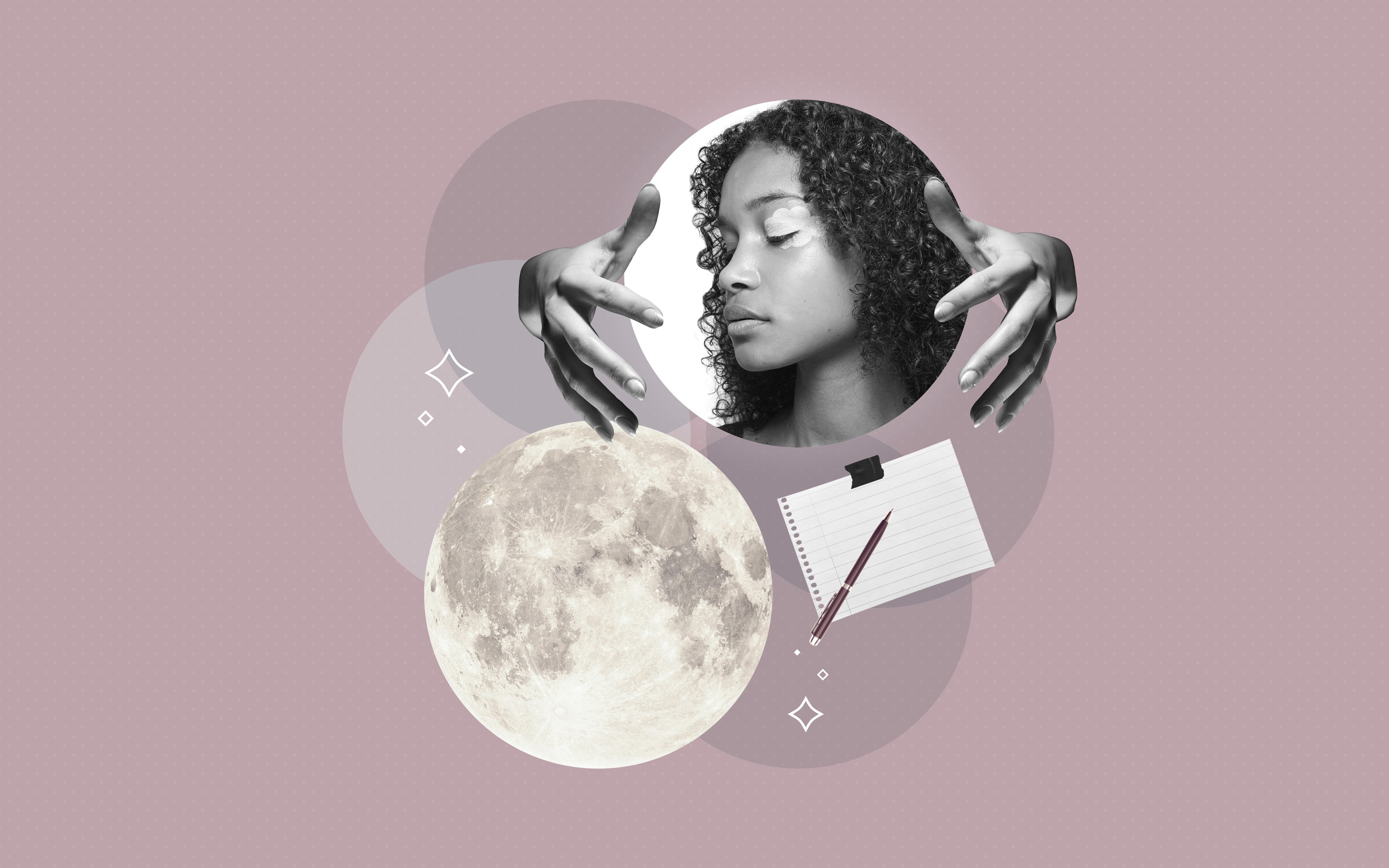 This mystical phenomenon is taking over TikTok.

Every year from October 1 to November 1, I like to take a break from my cynical, Seinfeldian personality and, you know, believe in something. I tell ghost stories, read about witches and take my nieces and nephews trick-or-treating to feel the familiar high of Halloween. I even rewatch cult-classic Disney films like Halloweentown and Hocus Pocus, desperately yearning to believe anything is possible on All Hallows’ Eve.

With layoffs and lockdowns on my mind last October, I had a hard time believing in anything. Like the rest of the world, I was trapped in my apartment with no end to the pandemic in sight. My mindless social media scrolling soon turned into YouTube rabbit holes and deep dives. Somehow, between endless Phoebe Bridgers covers and box braid tutorials, the algorithm served up an animated video titled, “If I Want It I Can Have It.”

At first, I was skeptical. Manifestation was something I’d heard about, laughed at and written off as wishful thinking bordering on delusion. Scores of TikTokers claimed to manifest clear skin or texts from exes with positive thoughts, but I wasn’t buying it. Also, the speaker in the video was no stranger to me. Esther Hicks was a Law of Attraction guru claiming to channel her teachings from a group consciousness called “Abraham,” thus working under the name “Abraham Hicks.” For years, my mother shared these videos as inspiration, her gesture usually met with an eye roll.

Somehow, though, this video felt different. The part that really spoke to me was when Esther/Abraham said, “I’m asking for this thing I do not have but…I like knowing that I want it. Because I know that when I want it, it’s coming.”

I realized manifestation isn’t all about what you want: it’s about how you feel about what you want, and how you feel about yourself. Being critical of someone who “manifests” perfect skin or rekindled romances is based on the belief that nothing should come easily. Instead, we believe we must earn our rewards with skincare routines or thirst traps and hate ourselves if our hard work doesn’t pay off.

As a Black woman, I knew disappointment all too well. I’d heard, “You have to be twice as good as them to get half as much” long before Olivia Pope’s father uttered it on Scandal. Yet, no matter how hard I worked it wasn’t enough. I watched my friends get their dream jobs or meet their perfect mates and accepted that I would always be overlooked when it really mattered. That was just my story. It was easier to stop wanting things altogether because nothing I wanted ever materialized, anyway. I wasn’t skeptical of manifestation, I was skeptical of myself.

I started learning how to manifest right then and there. At the time, I was on the brink of a job switch and a budding romance that made me feel unsure of myself. I wanted to change my story by approaching desire with excitement instead of fear. Since October 2020, I’ve committed to three manifestation techniques that have completely transformed my life in only one year. These methods taught me the power of playfulness and permanently reignited the “anything is possible” feeling I missed out on last Halloween. With an open mind, I truly believe anyone can use these techniques to change their life.

The most popular manifestation method, especially on TikTok, is the 369 Method.

All you need to do is:

1. Think of something you really want. Then, turn it into a present-tense affirmation that you actually believe. For example, change “I am a millionaire” to “I am able to buy the things I need.” Or, change “I am married to my soulmate” to “I am open to building a stable and loving relationship.”

2. Write the affirmation in your journal three times in the morning, six times in the afternoon and nine times at night.

3. Do this for 33 to 45 days, and see the results like the TikToker who manifested this view:

Scripting is the method that’s given me the best results. This TikToker manifested her soulmate in TWO days.

How to manifest with scripting:

1. Think about your desired reality. Imagine how you would feel after getting the new job, new apartment or new shoes you want.

2. Write about a day in the life of the Future You, but write in the present tense. Include specific details, like the commute to your office or the balcony at your new place. Write about how grateful and happy you are “now that ___.”

3. Do this once a week and read the script to yourself each morning. When I was feeling lonely this April, I scripted perfect days where I could watch movies with my best friend as often as I wanted even though she lived too far away at the time. Early this summer, she moved downtown to live sporadically at a place only ten minutes away from mine!

The Visualizing Method is the most challenging method, but it’s also said to be the most powerful. This TikToker manifested her dream career by visualizing.

All you need to do is:

1. Visualize what you want to manifest. Picture this reality with as much detail as possible, and put on some high vibration music if that helps you stay in the zone. Remember: Manifestation is all about energy and intention. If visualizing your desired reality triggers any sadness (which is totally normal), try to master how to manifest using the 369 and scripting methods first.

Manifestation has helped me see the world and the people in it as co-creators of my reality instead of obstacles to be navigated. It’s shown me how to trust my intuition and honour my desires. I’ve gotten good at wanting things and asking for them —from the universe, from my friends and from my employers. More often than not the answer is “yes,” and more often than not it feels a little magical.