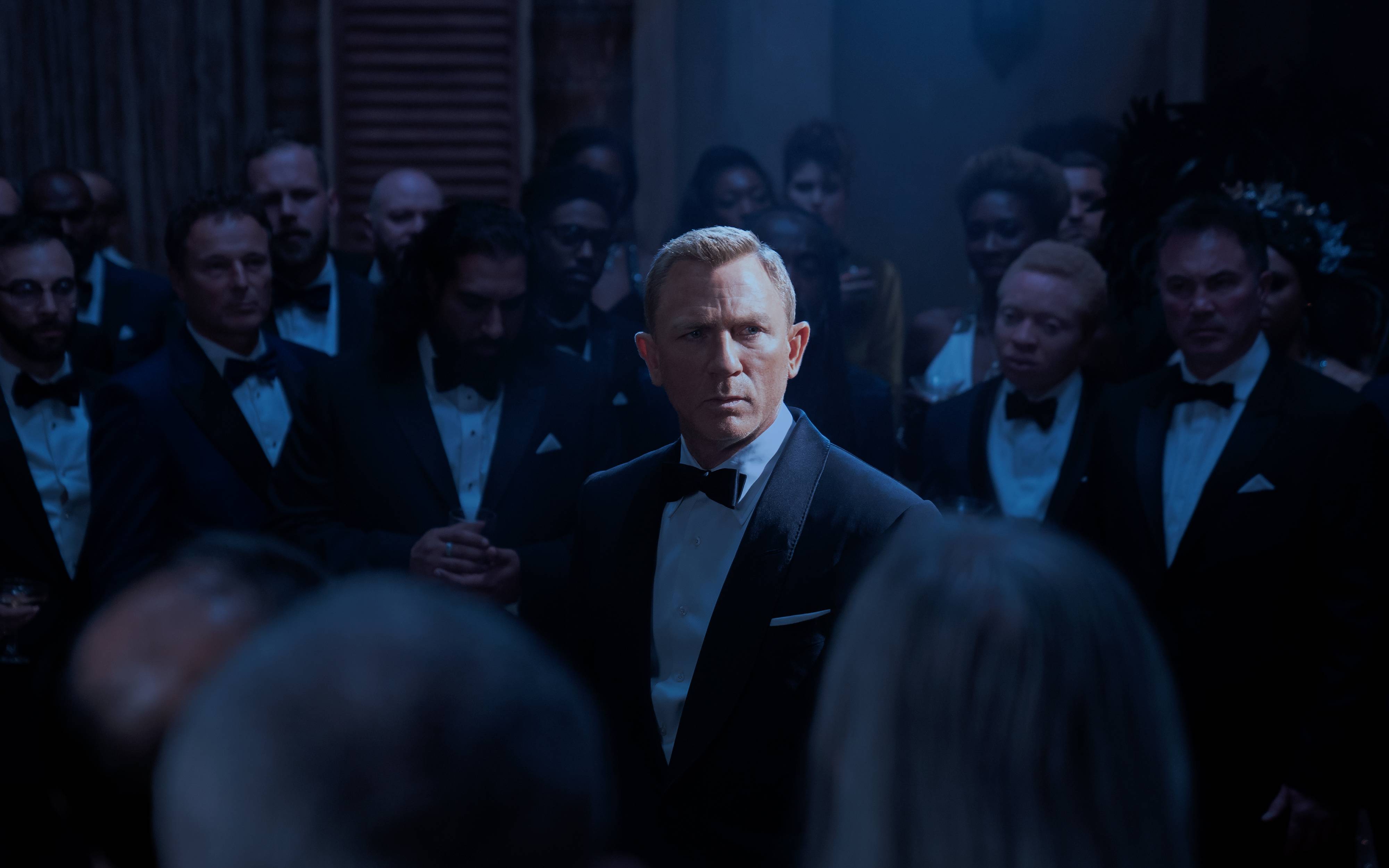 Channel your inner spy with these snazzy new Bond-inspired products.

Since the first James Bond film Dr. No was released in 1962, 007’s sleek attire and shiny weaponry emitted a top-tier sense of luxury. And with each new film, viewers are enthralled by the high-tech gadgets and superb fashion statements the spy sports. James Bond is more than a franchise — it’s a cultural phenomenon, rediscovered and beloved by generations of people since the character’s creation by author Ian Fleming. The latest, 25th film in the franchise, No Time To Die, is especially meaningful, as it marks Daniel Craig’s fifth and final performance as the leading man, and the introduction of the first Black woman to play 007, with actor Lashana Lynch tapped for the celebrated role.

The return of James Bond reminds us of the extravagance we all feel while ogling over the luxury aesthetics that have become synonymous with the series. So, it’s only fitting that an arsenal of fashion brands have teamed up with the 007 film series to drop some No Time To Die-inspired products. Sit back, grab yourself a shaken (not stirred) martini, and read on about all the products released in collaboration with the James Bond franchise.

No Time To Die marks 26 years of collaboration between James Bond and the Swiss luxury watchmaker. Having worked closely with both Craig and filmmakers, Omega presents its Seamaster Diver 300m 007 Edition, available to the public after being test run by James Bond himself in the film.

MMK teamed up with 007 film franchise to release an 11-piece capsule collection, featuring a to-die-for campaign (get it?) with models Bella Hadid and Cindy Bruna. The collection highlights a sleek black and metallic colour palette inspired by the Bond world. Products range from handbags and luggage to swimwear and footwear, and will be available October 19.

Inspired by characters and scenes from the latest film, the new Adidas x 007 collection channels the action-packed world of Bond with four No Time To Die Ultraboost running shoes and both men’s and women’s sports apparel.

The Maison Chopard has collaborated with the franchise on a limited-edition jewelery collection titled Golden Hearts. Consisting of rings, necklaces and earrings, the collaboration is the brand’s take on the James Bond Woman, who is often depicted as determined and courageous. In No Time To Die, the collection can be seen on Paloma, a CIA agent played by Knives Out star Ana de Armas.

British designer Bella Freud teamed up with 007 to give us some cozy James Bond merch. From gold mugs and tea towels to tote bags and T-shirts, the capsule collection features Freud’s iconic hand drawn lettering with outtakes from the films throughout the years.

The Connolly x No Time To Die capsule collection features classic 007 attire, namely button-up collared shirts, jackets and zip-up vests. It even includes driving gloves and goggles so you can really channel your inner Bond. The collection includes two items featured in the film: the Guibbino jacket and Finamore shirt.

The footwear brand has released the ideal dress shoe to accompany the iconic Bond tuxedo. The shoe, appropriately named James, comes with a chrome shoe horn, shoe brush and a pair of hand-made shoe trees, all adorned with the 007 logo. In the film, James Bond wears two Crockett & Jones designs: Highbury and Molton.

To celebrate the last 50 years of James Bond, N. Peal released a 007 cashmere collection with thirteen separate looks, each a nod to the six actors who have played the famous spy. In No Time To Die, the brand’s Navy Army sweater is worn by Bond.

The swimwear company walked us down memory lane with a relaunch of The 007 Heritage Collection. Products include retro swimwear (think the baby blue swim trunks Bond famously sports), as well as polo shirts and suits inspired by scenes from the franchise.

The brand released a durable boot, the 007 Tanicus, which was designed for military use. The limited-edition shoe was featured in the movie, and is being sold with the No Time To Die logo, custom hangtag and exclusive 007 keychain.

Tips For New Yoga Teachers
These Are the Sexiest Movies on Netflix
Quick Ab Workout for Women Over 50
Arms Workout For Women – Standing Moves – No Equipment – Bodyweight | Wrist Friendly #womensworkout
How to Build a Stronger Side Plank, Plus Variations That’ll Toast Your Core