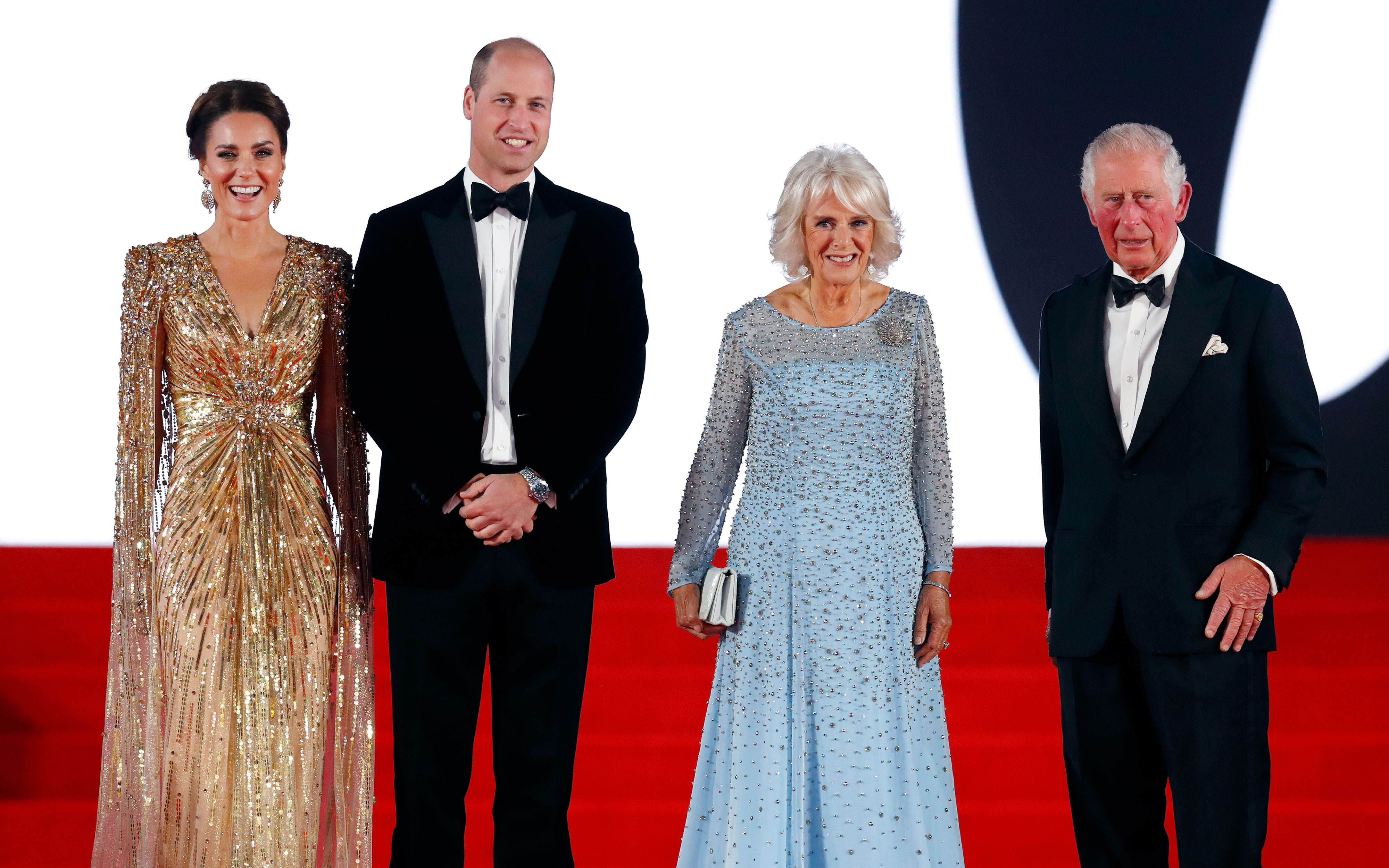 The Duchess of Cambridge shone in a gold Jenny Packham gown.

Leave it to Kate Middleton to show up at the No Time to Die premiere and steal the proverbial thunder from all its stars.

For release of the fifth James Bond film starring Daniel Craig, the Duke and Duchess of Cambridge graced us with their presence on the red carpet. While the film stars came to slay — Ana de Armas and Léa Seydoux both sparkled in Louis Vuitton and Chopard, Daniel Craig donned a pink suede jacket, and Lashana Lynch wore a Vivienne Westwood ensemble — Kate Middleton outdid them all in a golden Jenny Packham gown. Clearly, this Royal has missed dressing up.

As the Internet attempted to pick its jaws off the floor, an undercurrent of nostalgia was sweeping across Instagram in the form of Princess Diana. Social media sleuths quickly picked up on the similarities between Kate’s beaded dress and the Bruce Oldfield one the People’s Princess wore to the 1985 premiere of A View to a Kill, the fourteenth film in the James Bond franchise.

While the looks share strikingly similar silhouettes and metallic sheens, the Duchess of Cambridge’s No Time to Die ensemble was classically Kate with its intricate beadwork and elegant cape.

While Kate remains mum on her inspiration (get it?), it is undeniable is that the James Bond premiere brought the glamour house down. In case you missed it, here are the other looks from the red carpet that wowed us.

Billie Eilish in Gucci and Finneas