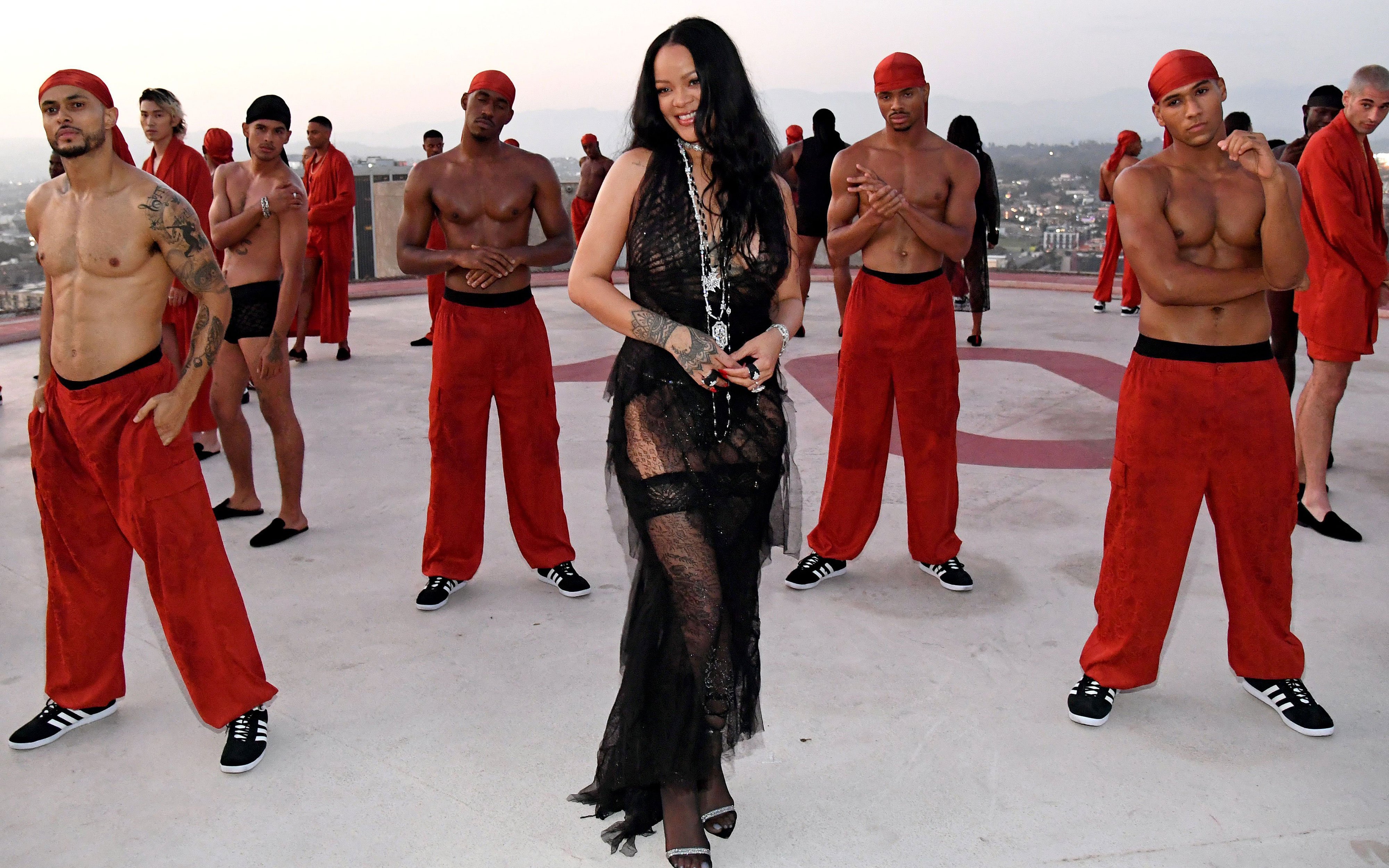 Inclusivity and diversity were celebrated in a star-studded performance that left viewers speechless.

I think we can all agree that Rihanna can do no wrong. Case in point: the Savage x Fenty Vol. 3 show that premiered on September 24 at midnight on Amazon Prime Video.

To celebrate the launch of the multi-hyphenate’s third lingerie collection, RiRi assembled an all-star cast that could rival the Avengers, and the performances and fashion were just as over-the-top, celebratory and empowering as her first two, if not more.

When the “Shut Up and Drive” singer first debuted Savage x Fenty in 2019, it sent shockwaves across the industry for its inclusive cast and sizing. Drag queens, trans women, supermodels and women of different shapes and sizes intermingled in a revolutionary celebration of diversity and representation. Just as Rihanna’s Fenty Beauty line broke boundaries when it released 50 foundation shades, her intimates are designed in a similar vein, with the size range going up to a 3X, and bras available in 42DDD and 44D.

With expectations sky-high for Savage x Fenty Vol. 3, Rihanna didn’t disappoint. The 40-minute show was packed with celebrity cameos, drop-dead gorgeous underwear, and surprise musical performances. But among all the splendour, there were a few moments you shouldn’t miss, so here’s a roundup of the very best— including Gigi Hadid’s new do.

To misquote Kermit the Frog, it is easy being green — at least according to Rihanna. Models strutted the runway in neon, emerald and mint monochromatic ensembles, instantly cementing green as this season’s “it” colour. Highlights included iconic supermodel Cindy Crawford looking stunning in an elegant nightie that could easily be worn on a red carpet, and Indigenous model and activist Quannah Chasinghorse rocking an avant-garde beauty look while in a lace bodysuit.

Leave it to Gigi Hadid to bring back bangs. The model sashayed the runway clad in a metallic Savage x Fenty robe and undies in a cat-eye that would make Elizabeth Taylor’s Cleopatra jealous. While the hairstyle was only a wig (Hadid walked the Tod’s runway the same day in her goldie locks), we loved seeing this new mom as a brunette.

The Many, Many Performances

Coachella called, and they want their lineup back. In a fashion show unlike any other, Savage x Fenty Vol. 3 felt like a concert-runway hybrid. Normani performed “Wild Side” while doing the splits on top of seven male dancers. Ricky Martin sang a medley of his top hits. Jazmine Sullivan’s “Heaux Tales” provided the perfect soundtrack to model Irina Shayk’s runway walk. Daddy Yankee brought the Latin flavour days before he was inducted into the Billboard Latin Music Awards hall of fame. And R&B artist Nas kicked off the finale.

Forget the fashion; the inclusivity itself deserves a standing ovation. While this isn’t new for Rihanna’s lingerie brand, it warrants celebrating nonetheless. Plus-size, Black, Latina, Indigenous, Asian, and transgendered models intermingled in a beautiful display of diversity and empowerment.

The host finally revealed herself in a red-hot ensemble during a montage by Busta Rhymes, who wasn’t in attendance. Still, his voice, along with Janet Jackson’s, boomed over the speakers as Rihanna danced to “What’s It Gonna Be?” and “Break Ya Neck” against a fiery backdrop.