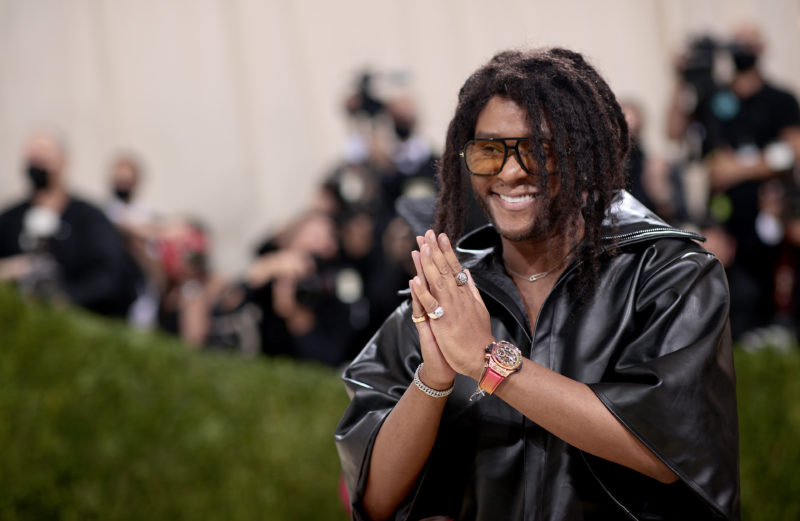 He is the mastermind behind Zendaya’s consistently show-stopping red carpet looks — and for that, we thank him.

Nowadays, it’s unlikely to come across a best-dressed list that doesn’t feature a look styled by Law Roach. The self-proclaimed “image architect” has racked up an extensive roster of high-profile clients, who, thanks to him, are consistently on point in fashion masterpieces. As a result, Roach’s name has become a staple at large-scale celebrity events, where his eye for style is highly favoured. As Zendaya’s longtime stylist, we have Roach to credit for the star’s consistently daring ensembles, like her 2021 BET Awards archival Versace look that paid tribute to none other than Beyoncé. Most recently, Roach styled Kerry Washington in a sleek silver custom Etro dress for the 2021 Emmy awards. He’s also responsible for Anya Taylor-Joy’s vintage-inspired Dior gown for the Emmys that was accentuated with $800,000 worth of Tiffany & Co. jewellery — NBD.

Roach’s far-reaching influence also manifested itself at the 2021 Met Gala, where he doled out his expertise for a total of 10 (!) red carpet looks. He was the genius behind several of our favourite outfits, like Hunter Schafer’s sci-fi-inspired Prada set and Kehlani’s sparkling crystal-embellished Aliétte suit. With these looks in his back pocket, it only makes sense for Roach to be on everyone’s radar.

Before working as a stylist, Roach ran his own vintage boutique, which led to an introduction to a 13-year-old (Disney-era) Zendaya, his first major client. The pair have been a powerful duo ever since and maintain one of the most in-sync celebrity-stylist relationships of all time. At the 2021 Venice Film Festival, for instance, Roach put Zendaya in a slew of show-stopping outfits, like her “wet” Balmain look and her brown balloon-like birthday dress from Madison Valentino. He was lauded for single-handedly creating the best looks at the festival — with other clients including Taylor-Joy and Tiffany Haddish generating buzz in their Roach-styled ensembles.

We also have Roach to thank for transforming Canadian singer Celine Dion’s style back in 2016. But widespread acclaim for the stylist has particularly grown over the past year, during a pandemic, no less. It’s what led him to be named The Hollywood Reporter’s Top Stylist of the Year in May 2021. He was photographed for the issue alongside clients Zendaya and Taylor-Joy.

Roach’s distinctive looks have become a fixture of red carpet glamour — he is responsible for one of last year’s first headline-making ensembles: the explosion of tulle Ariana Grande donned on the 2020 Grammys red carpet. But Roach’s reach goes even beyond events: he has styled a dozen magazine covers this year alone, reports  PopSugar, and has also been the costume designer for motion pictures like Malcolm & Marie — the Zendaya film shot entirely under pandemic restrictions.

Roach merges classic chic with modernity and never shies away from trying something new. He’s able to put his clients in fresh off-the-runway finery, like the two-piece set from Alaïa’s winter/spring 2022 collection Zendaya wore at the 2021 Venice Film Festival, which fans noted would have been a highly competitive catch among stylists. Thanks to his love for vintage, Roach also regularly pulls in rare archived pieces. When he recently styled Halsey for their visual album, If I Can’t Have Love, I Want Power, he dressed the singer in an array of vintage looks, from archived Vivienne Westwood to Christian Lacroix.

We have yet to be disappointed in an ensemble styled by Law Roach. His fearlessness and ability to understand what works best on his clients have resulted in elevated red carpet glamour, and have rightfully placed Roach as a coveted name in fashion. We thank him for his services.