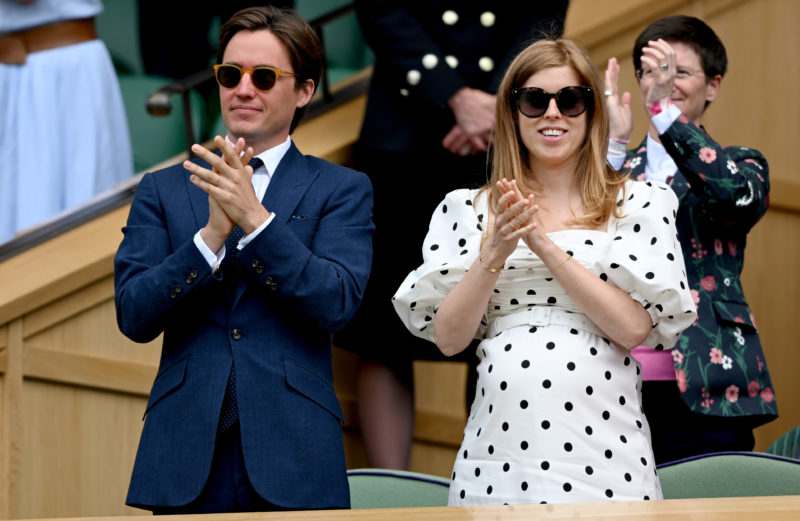 Princess Beatrice’s little one is the Queen’s 12th great-grandchild.

Congratulations are in order for the British royals, who have a new addition to their family tree. Princess Beatrice, granddaughter of Queen Elizabeth II and daughter of Prince Andrew and Sarah Ferguson, welcomed a baby girl with husband Edoardo Mapelli Mozzi on September 18. The happy news was shared on the royal family’s Instagram account alongside a photo of the couple at their intimate wedding ceremony in July 2020.

The baby, who arrived at Chelsea and Westminster Hospital weighing in at six pounds and two ounces, is the Queen’s 12th great-grandchild and 11th in line to the throne. “The new baby’s grandparents and great-grandparents have all been informed and are delighted with the news,” said the release. “The family would like to thank all the staff at the hospital for their wonderful care.”

This is Princess Beatrice’s first child, and second for her husband, a property developer who has a five-year-old boy named Christopher Woolf (“Wolfie” for short). “Her Royal Highness and her child are both doing well, and the couple are looking forward to introducing their daughter to her big brother Christopher Woolf,” the family said statement.

The baby’s name has yet to be announced, but Hello! Canada reports that “Sarah” — a nod to Beatrice’s mother Sarah Ferguson, Duchess of York — is a popular prediction.

The past year is proving to be fruitful for the royal family. In June, Harry and Meghan, the Duke and Duchess of Sussex, welcomed their second child, daughter Lilibet Diana Mountbatten-Windsor. (That’s Lili for short.) And in March, the Queen’s granddaughter Zara Tindall (née Phillips) and her husband, former English rugby union player Mike Tindall, welcomed their third child, Lucas Philip. In early February, Beatrice’s younger sister Princess Eugenie also gave birth to a son named August Philip Hawke, with her husband Jack Brooksbank (who is a brand ambassador for George Clooney‘s tequila company.) One thing’s for sure, the royals’ family gatherings are sure to be a lot more lively.

Sending our best wishes to the happy couple!