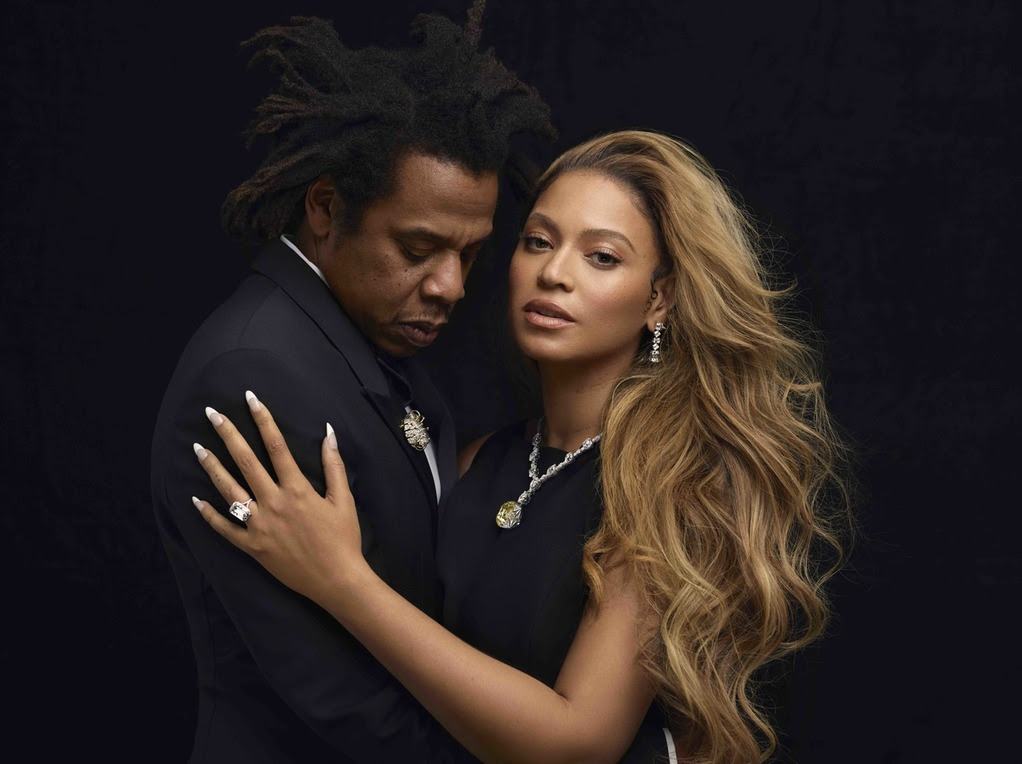 A new film features the “two drifters” connecting via private jet at a Bel Air mansion.

Did we have any doubt that Beyoncé and Jay-Z’s day-to-day is filled with private jets, chauffeured cars and lots of bling? Which is why their intimate new campaign film for Tiffany & Co. could probably double as a documentary.

In the Beyoncé Jay-Z Tiffany film, Queen B sings “Moon River,” the song made popular by the 1961 film Breakfast at Tiffany’s, while winging towards Jay-Z on a private jet.  Not quite the “two drifters” that Audrey Hepburn sang about in the film while sitting on a window ledge looking out onto a fire escape in the film. Just before the film closes, Beyoncé pulls up in a chauffeured car to reunite with her hubby at Orum House, an architectural masterpiece overlooking Bel Air.

Another clip has Beyoncé tinkling on a grand piano, while the 128.54-carat Tiffany Diamond dangles down her back. That would be the same mega rock that played a starring role in the Tiffany & Co. print campaign released in August. Jay-Z , who in one scene watches a home video he shot of his beloved in (where else?) a private screening room, wears cufflinks reimagined from the legendary Jean Schlumberger Bird on a Rock brooch.

Tiffany & Co. describe the film as “stripped down and raw, capturing the Carters’ indescribable chemistry through stolen moments of intimacy.” The longing felt between the film’s co-stars is tangible as they share various tender moments.

On this project, Beyoncé is reunited with Ghanaian-Dutch director Emmanuel Adjei following their previous work together on 2020’s visual album ‘Black is King’.

In addition to the Beyonce Jay-Z Tiffany film, the jeweller has partnered with BeyGOOD and the Shawn Carter Foundation to create the Tiffany & Co. About Love Scholarship Program. Tiffany & Co. has pledged USD $2M in scholarship funding for students in the arts and creative fields at Historically Black Colleges and Universities (HBCUs).