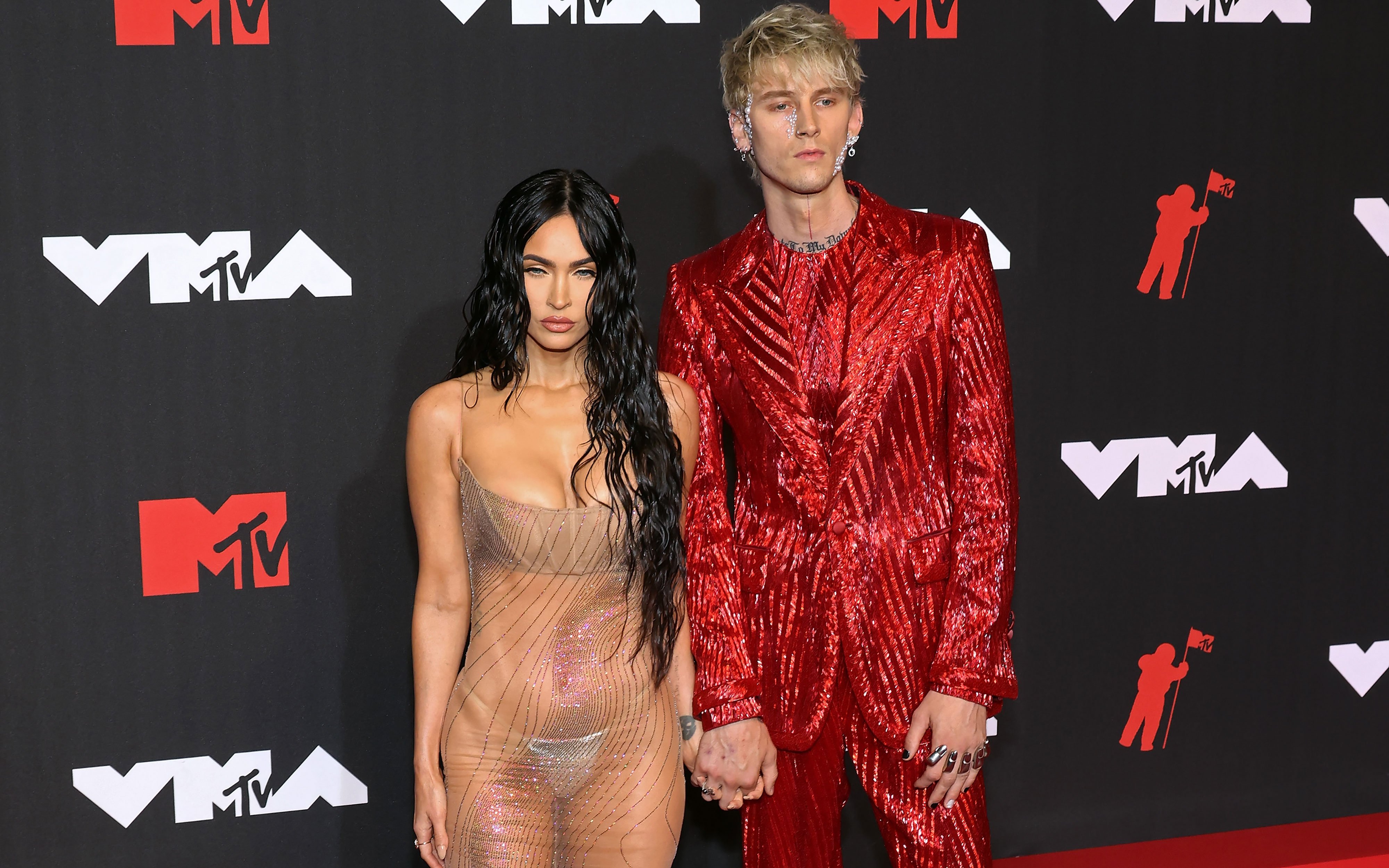 Feathers, sequins, leather, velvet, tartan, lamé, tulle, pastels, capes, you name it — everything was on display on the 2021 MTV Video Music Awards, the VMAs, red carpet on Sunday night.

Fresh off the premiere of Amazon Prime’s Cinderella, Camila Cabello dressed the part in a red and pink Alexis Mabille gown. Kacey Musgraves made her best avant-garde Muppet impression in Valentino couture. Even Avril Lavigne had a surprise appearance in a pink plaid look straight from the early 2000s.

While the women undoubtedly dressed to impress, it was the men, however, who sent shockwaves across the 2021 VMAs red carpet. Shawn Mendes was white-hot in a slouchy suit from Mans Concept Menswear. Machine Gun Kelly dazzled in a sequinned outfit by Dolce & Gabbana. Billy Porter looked like the most fashionable astronaut alive in an all-silver look. But the pièce de résistance was Lil Nas X’s gender-bending lilac ensemble, custom-made by Versace.

Each look caused a viral sensation on social media, and we understand why.

Here are our top picks of best-dressed celebs at the event.

Paris Hilton in The Blonds

Healthy Meals That DON’T SUCK: Pasta Salad
healthy lunch ideas 🥑
Taylor Lautner and His Wife Open Up About the Mental Toll of Being Targeted by Paparazzi
10 MIN LOVE HANDLES AND LOWER BELLY FAT WORKOUT Standing Only | No Equipment!
The Truth About ADHD & Exercise (and the Hardest Barriers we Face)