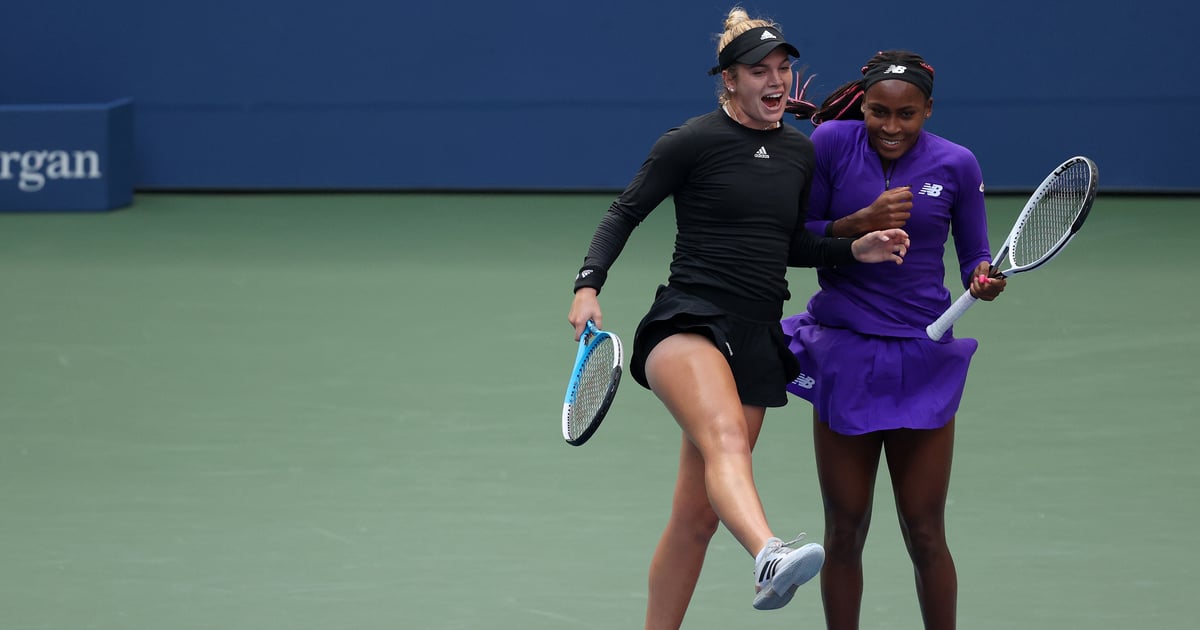 Tennis stars Coco Gauff and Caty McNally are at the top of their game individually, but as a team, they’re even more spectacular. The women’s doubles pair has advanced to the semifinals of the US Open after defeating the top-seeded team of Su-Wei Hsieh and Elise Mertens on Aug. 8, part of a contingent of teens who have taken the tournament by storm. “Age is just a number; it doesn’t mean anything,” McNally, 19, said following their win. “We’re showing that we’re fierce and we’re ready to be out here competing with everyone. I just think it’s awesome.”

The teen sensations have been playing doubles together for a few years now, racking up three Women’s Tennis Association (WTA) titles and repeatedly knocking on the door of a Grand Slam. With their incredible skills on the court — and a close-knit friendship helping to fuel their success — that first major could come any day now. “The main thing that makes us hard to beat is our chemistry with each other,” said 17-year-old Gauff. “If one of us is off, the other one is always there to cover.” One thing’s for sure: they’re fun to watch. Take a look back at some the team’s best moments so far — including their playful, signature shoulder bump — in the slides ahead.

The Truth About ADHD & Exercise (and the Hardest Barriers we Face)
How to Build a Stronger Side Plank, Plus Variations That’ll Toast Your Core
How to BANISH Menopausal BELLY FAT Forever!
Arms Workout For Women – Standing Moves – No Equipment – Bodyweight | Wrist Friendly #womensworkout
The Most Jaw-Dropping Looks From the 2023 Grammy Awards