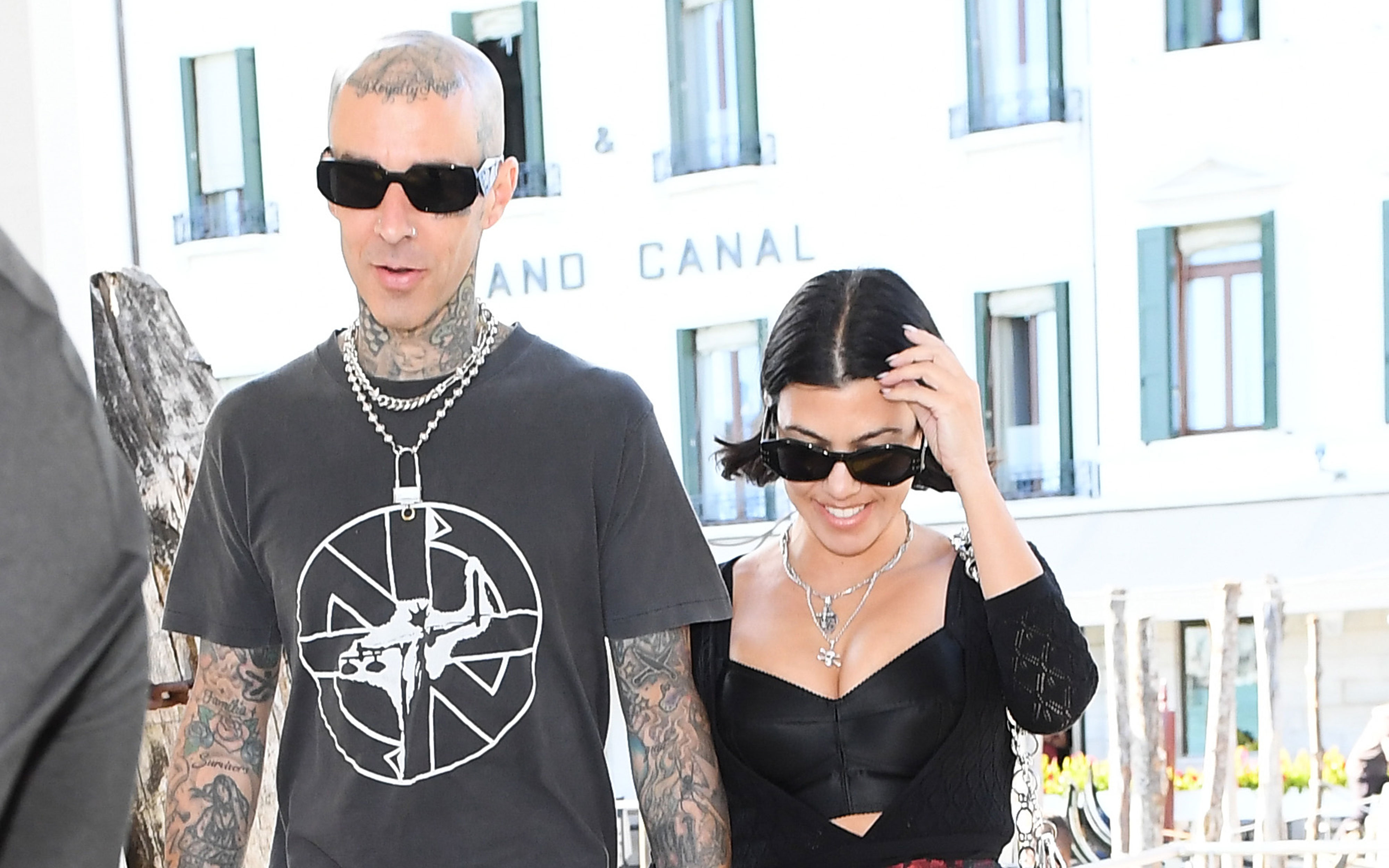 As per usual, the eldest Kardashian remains unbothered.

One indication that you’re winning at life? Your exes DM about you while you vacation in Italy with your new love. This is the very chaos we’re watching unfold on the internet after Kourtney Kardashian’s ex-boyfriend Younes Bendjima exposed an extremely salty message from her other ex, Scott Disick.

Kardashian is currently in Italy with her boyfriend, Blink-182 drummer Travis Barker, generating some PDA-heavy pics. One of these photos caught the attention of Kardashian’s ex-partner and co-parent, Disick. And what came next was very messy.

On August 30, Bendjima posted a screenshot of an alleged DM conversation with Disick to his Instagram Stories. The reality star seemingly sent a photo to Bendjima of Kardashian straddling and kissing Barker on a boat ride. He accompanied the photo with a message expressing his disapproval: “Yo is this chick ok!???? Broooo like what is this. In the middle of Italy.” We think that kind of steamy romance is actually perfetto for Italy, but that’s beside the point.

Bendjima responded to Disick, writing, “Doesn’t matter to me as long as she’s happy. PS: I ain’t your bro.” Yikes! He also captioned the screenshot with, “Keep the same energy you had about me publicly, privately.” Bendjima is likely referring to the many public digs Disick has taken at him in the past. Take the Keeping Up with the Kardashians reunion in June when Disick was asked if he gets “upset” when Kardashian dates other men and he responded, “Me? No. I just want to kill them,” he said. “Well, the last guy,” he added, hinting that he was not a fan of the 28-year-old model. The Kar-Jenners then chimed in to say that they all didn’t like Bendjima.

The model made another Instagram Stories post of a black screen that read, “Couldn’t miss this one. He been playing around for too long, [tried] to stay quiet and be the nice guy.” Bendjima followed by saying that he was “going back to work” on a 10km run. He really woke up and chose shade.

Kardashian met Bendjima at Paris Fashion Week in 2016, and the pair had an on-off romance until they officially split in 2018. But Disick and Kardashian, for those who don’t keep up, have a much more complicated past. They met in 2006 (the year before KUWTK premiered — a lifetime ago, really) and spent years breaking up and getting back together while Disick dealt with substance abuse. After having three kids together, the two have seemingly honed their co-parenting skills — but from this mess, it seems Scott has some unresolved feelings for Kourt.

Fans were also quick to point out that 38-year-old Disick shouldn’t criticize other couples, as he himself has had a questionable dating track record. Since splitting with Kardashian, he’s been known to date much younger women. Previously, he dated Sofia Richie — with whom he had a 15-year age gap. And now, he’s seeing 20-year-old Amelia Hamlin — with whom he shares an 18-year (!) gap. It’s the skewed power dynamics for us.

Kardashian, on the other hand, is thriving on her romantic Italian getaway. From enjoying gondola rides and strolling around Venice in matching goth hoodies to attending the Dolce & Gabbana fashion show, it’s clear that Kravis is on cloud nine. Barker seems to have subtly responded to the drama, liking a post from a fan account called @rendezvouswithk with the caption, “#younesbendjima just exposed #scottdisick.” He also posted a very meme-worthy picture of someone laughing to his Instagram Stories. Disick has yet to publicly respond to the situation, but we wouldn’t be surprised if he stayed completely silent. He’s clearly done enough.

Kardashian, being the Aries that she is, is kind of iconic for having all these men talk about her while she remains unbothered. To put it in her words, clearly her vibe right now is just living life.