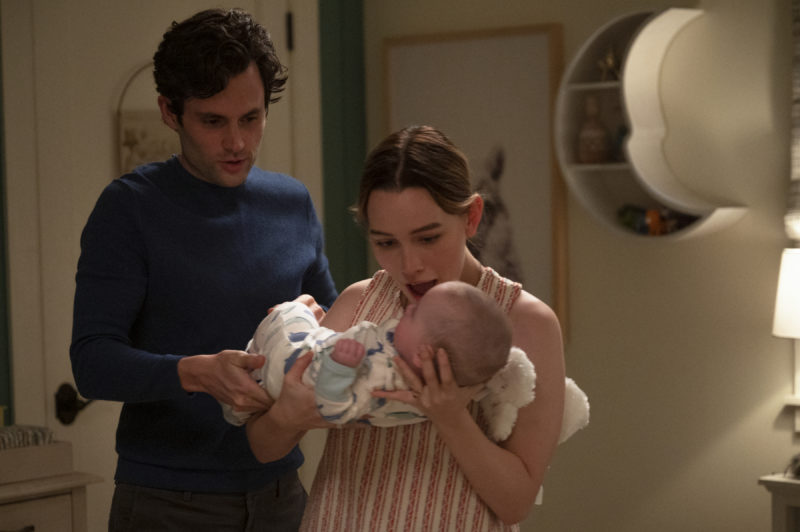 The dark Netflix thriller is back, with more plot twists than ever.

You is not your typical psychological thriller. Since the show’s premiere in 2018, it has taken a unique approach to murder mystery by positioning the predator as the main protagonist. You follows Joe Goldberg (played by Penn Badgley), a dangerous murderer with a hero complex. The show provides an uncomfortably intimate look at how Joe thinks, and why despite his violent actions, he sees himself as the good guy. You plays on the tropes of a misunderstood man longing for love: Joe is a nice guy — until things don’t go his way. While deconstructing romantic clichés, the series challenges its viewers to question why men like Joe so often get away with violence toward women.

After a year and a half, the self-aware, at times dark comedic drama is coming back for a third season. Here’s what you need to know about You season 3, along with some info to get you caught up on seasons 1 and 2. (Spoilers ahead, of course!)

Where did You leave off?

The show’s first two seasons were adapted from Caroline Kepnes’s You book series. In season 1, audiences were introduced to Joe as a charming bookstore manager who is taken with aspiring writer Beck (Elizabeth Lail). His affinity for her quickly grows to an obsession, and he manages to track her daily life via social media monitoring and in-person stalking. He dates Beck and throughout the season, gets rid of anything and anyone in his way, leaving a trail of blood behind him. When Beck eventually finds out about his violent impulses, he kills her — something he decides is for her own good.

Season 2 takes on a whole new spin, as we see Joe assume a new identity and move from NYC to Los Angeles to escape his past. Despite trying to lay low, he falls in love with Love Quinn (Victoria Pedretti), an aspiring chef who works with him at an upscale grocery store. In true Joe fashion, he kills more people throughout the season, but when Love inevitably finds out, she reveals that she is just as murderous as he is. Joe has met his perfect match in Love — but this makes him less fond of her. The season ends with them living together in a manicured suburban neighbourhood, with Joe looking unhappy and eyeing the woman who lives next door. This final scene was a strong hint at who Joe’s next target would be.

What’s the plot of You season 3?

The upcoming season will open with Joe and Love married and raising their baby, Henry, according to a synopsis from Netflix. The family is living in the northern California suburb of Madre Linda, surrounded by “privileged tech entrepreneurs, judgmental mommy bloggers and Insta-famous biohackers” — all types of people that traditionalist Joe hates. While trying to remain committed to his new role as a husband and father, Joe is increasingly feeling trapped by Love. He fears her impulsiveness and how well she understands him, and he is becoming more and more interested in the woman living next door.

The third book in Kepnes’a series, called You Love Me, was published in April 2021, after the show’s writers mapped out its story, as reported by Variety. The novel reportedly follows Joe as he takes up a new job at a library and has moved on completely from Love. In this new gig, he becomes fixated by one of his coworkers, librarian and single mother Mary Kay. It’s unconfirmed how closely the season will follow the novel’s plot.

Is there a trailer for You season 3?

Not yet, but on August 30, Netflix released a short teaser video announcing the season 3 premiere date. The video is a compilation of clips of Joe baking and icing a pristine white cake while he muses about what to name his new child. He settles on Henry, eventually.

Who will star in You season 3?

Along with the aforementioned Badgley and Pedretti, Deadline reports the cast will be joined by plenty of additions, including Saffron Burrows as Dottie Quinn, Love’s mom, and Michaela McManus as Natalie, the neighbour and object of Joe’s growing obsession. Both actors made brief season 2 appearances.

When will You season 3 be released?

You Season 3 will hit Netflix on October 15.