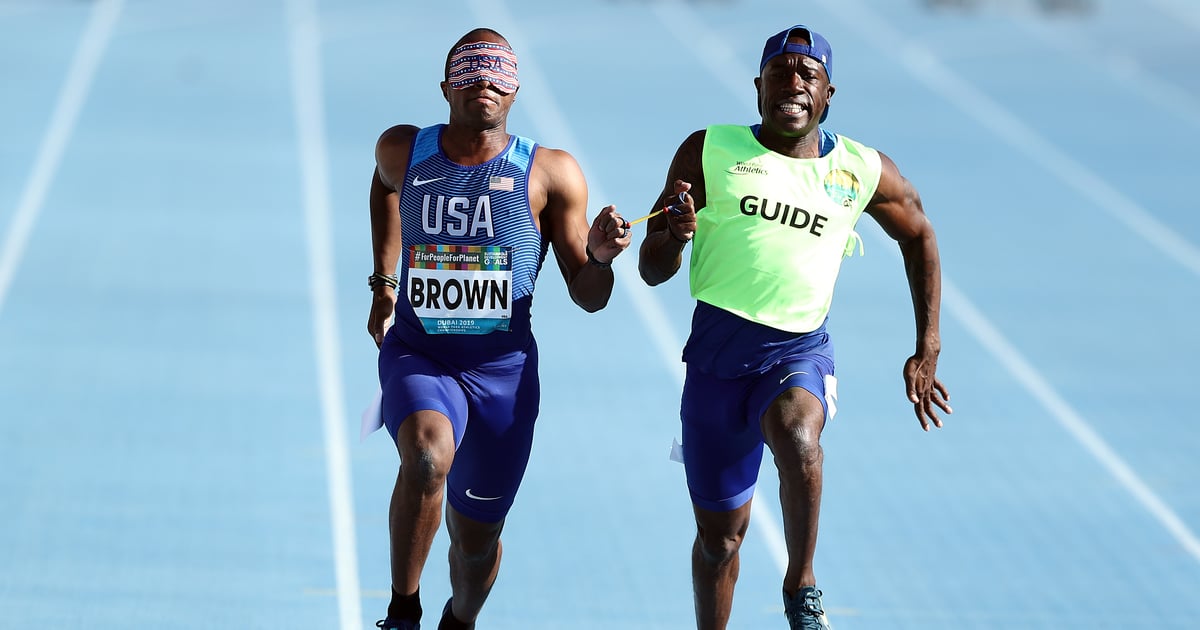 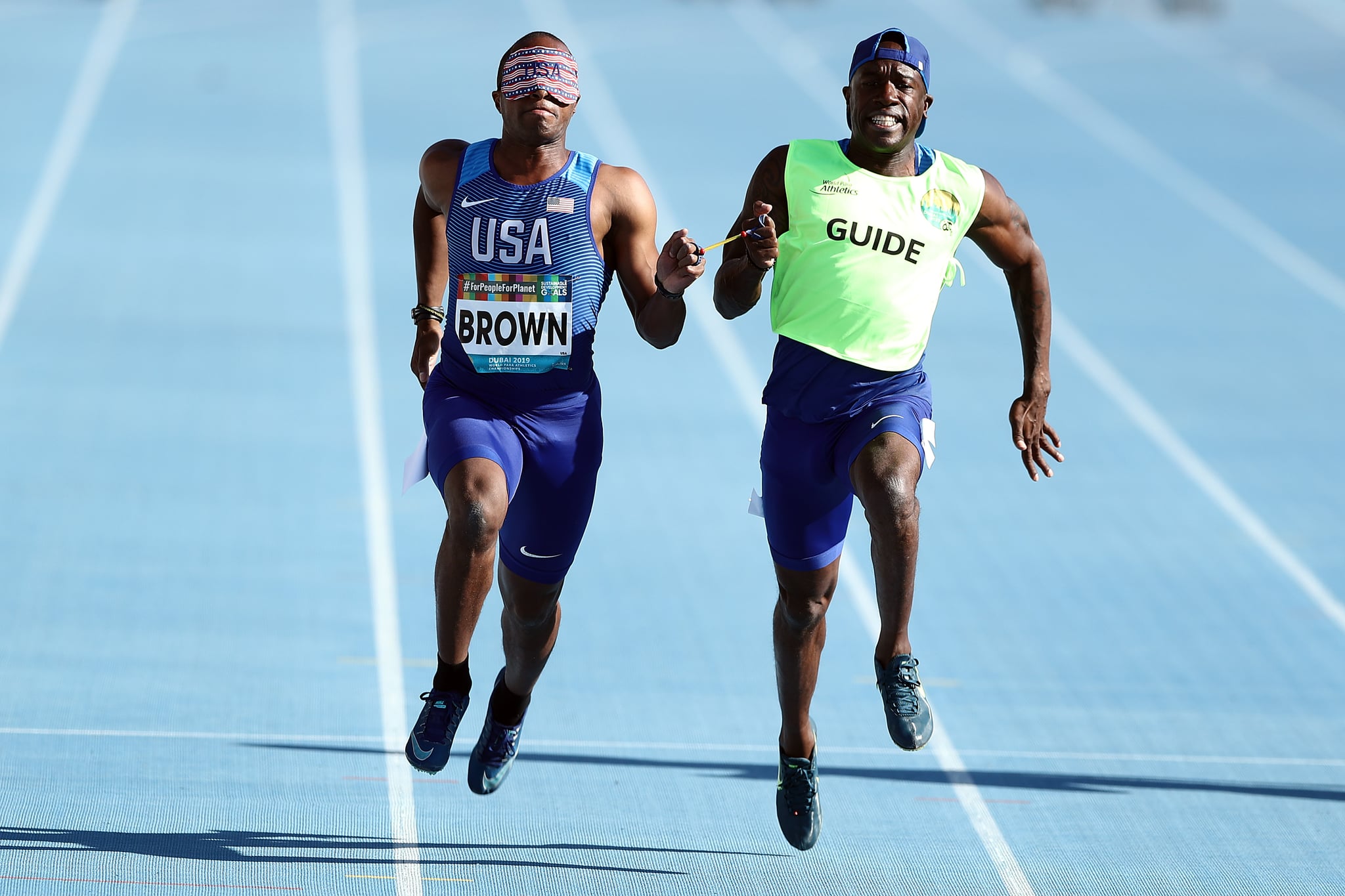 Tuning into Paralympic track and field? Keep a close eye on the running events and you’ll notice that in some races, athletes line up not one by one in the lanes, but in pairs along the starting line. When the gun goes off, each pair of runners shoot off the starting blocks in tandem and match each other, stride for stride, as they cross the finish line.

How Do Blind and Visually Impaired Runners Run With Guides?

This is how runners who are blind or severely visually impaired race in the Olympics: alongside a running guide who is connected to them with a rope tether around their fingers. Not all visually impaired athletes use guides — those with less severe impairment will go without — but those in the T11 classification, like David Brown, do. Brown is the fastest blind man in the world, the defending Paralympic champion in the 100m and the world record holder in the 100m and 200m. He typically races and trains with guide Jerome Avery, but will take on Tokyo with guide Moray Steward this year as Avery recovers from an injury.

In sprinting events, the goal is for the athlete and their guide to “look like one person running,” Avery told the Paralympic Games YouTube channel. Their bodies should be in line, their strides completely synced up. “Sometimes you’ll see guides kind of veering slightly in front a little bit, but as long as you’re not pulling the athlete that you’re running with, that’s usually fine,” Avery told The Guardian earlier this year. The athlete must also cross the finish line first.

Avery also communicates with Brown during the race, telling him when they’ve hit certain meter marks (“10 meters! 20 meters!”) so he knows how much of the race is left. Brown was prone to zig-zagging as a younger runner, so running with Avery, as well as working on his coordination, helps prevent that extra movement that could slow him down.

“Running with Jerome, I don’t have to worry about going out too far,” Brown said. “All I have to focus on is just listening to him.”

How Do Blind and Visually-Impaired Runners Match With Guides?

Running with a guide sounds like a simple concept, but it’s more difficult to execute — and it’s just as challenging to find a guide who fits the bill. A runner has to find someone who matches them in speed, consistency, and mental drive, but is also selfless, Avery told TeamUSA.org. “This isn’t about me,” he said. “This is about somebody else achieving their dreams.” Most athletes find their guides through word of mouth; besides Brown, Avery has competed with two other track athletes, Josiah Jamison and Lex Gillette, also Paralympic medalists. As of London 2012, guides receive medals alongside athletes. (It’s not just sprinting events, either; athletes also use guides in sports like paratriathlon and in jumping events like the long jump and triple jump. In cycling, a sighted “pilot” sits in the front of a two-person bike and steers.)

Avery compared it to a superhero duo: Brown is Batman, Avery is Robin. “I’m fine with that because I’m still part of that duo, and that’s what keeps me going,” he said. “These guys keep me motivated and the fire burning inside me because I know how valuable I am in what I do.”