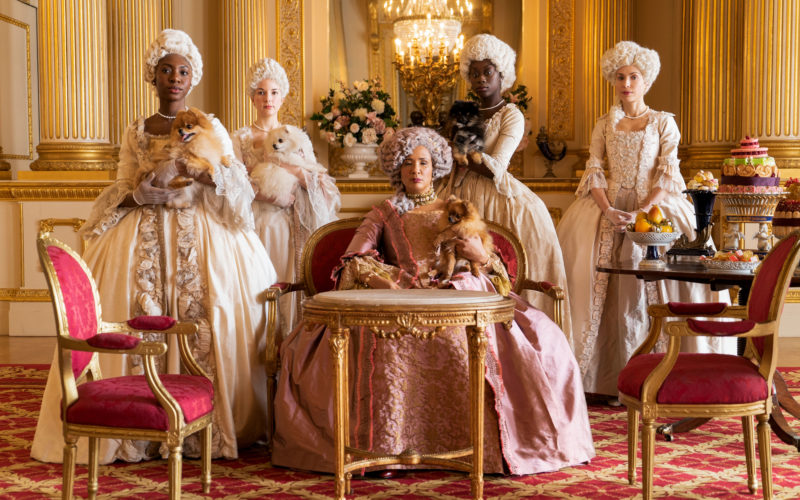 Do alert the Ton, dear reader.

When Bridgerton was released on Netflix in 2020, viewers became enchanted by the inner workings of Lady Whisteldown’s gossip-filled society. The period drama series gave us love stories, shocking secrets, and most importantly, an escape into the world of Regency-era fashion. Bridgerton costumes had a huge impact on viewers, with Regency-inspired trends like the corset seeing an increase in online searches after the first season dropped. And now, fans who are looking to channel their favourite Bridgerton characters can rejoice: a line of Bridgerton-inspired footwear is coming our way.

This week, Netflix and Shondaland (the production company founded by Bridgerton producer Shonda Rhimes) announced they were teaming up with English luxury footwear label Malone Souliers on a Bridgerton-influenced collection of footwear and accessories. The 15-piece shoe collection will include 11 women’s styles and four men’s styles. The line will likely reflect the various contrasting styles of the show’s characters: with our season 1 protagonist Daphne Bridgerton often sporting pastels and diamond-embroidered textiles, while the Featherington sisters and matriarch were known for their busy patterns and flashy colour schemes.

“The Malone Souliers’ collection captures the luxurious, aspirational and daring nature of Bridgerton,” said Sandie Bailey, Shondaland’s chief design and digital media officer, as reported by Forbes. She revealed that the collection will include a “lush colour palette, deep tones, vibrant patterns and dramatic embellishments,” adding that it will bring Bridgerton costume moments to life.

This announcement follows a surprise drop of Bridgerton-themed nap dresses from lifestyle brand Hill House Home on August 11. The collection was launched in a collaboration with Shondaland and Bridgerton through creative agency Phenomenal. The line of nap dresses — which are suitable for running errands, dressy outings, and, as the name suggests, snoozing — included three styles inspired by the hit series, as well as two bejewelled hair barrettes. Unsurprisingly, it reportedly sold out in minutes.

The release of the Malone Souliers collection will coincide with the Netflix show’s second season, which will be premiering sometime in 2022. If history is any indication, the collection will be highly coveted and likely to sell out quickly. But, worry not — a Shondaland executive confirmed to Business of Fashion that more collaborations between fashion brands and Bridgerton are in the cards.

With season 3 and 4 of the show already confirmed, we’re excited about all the Regencycore fashion coming our way in the future. Until then, we’ll stay pondering what the upcoming footwear collection will entail. High-heeled pumps fastened with large statement buckles? Kitten heels with embroidered details? Ballet slipper shoes with satin laces? The possibilities are endless.