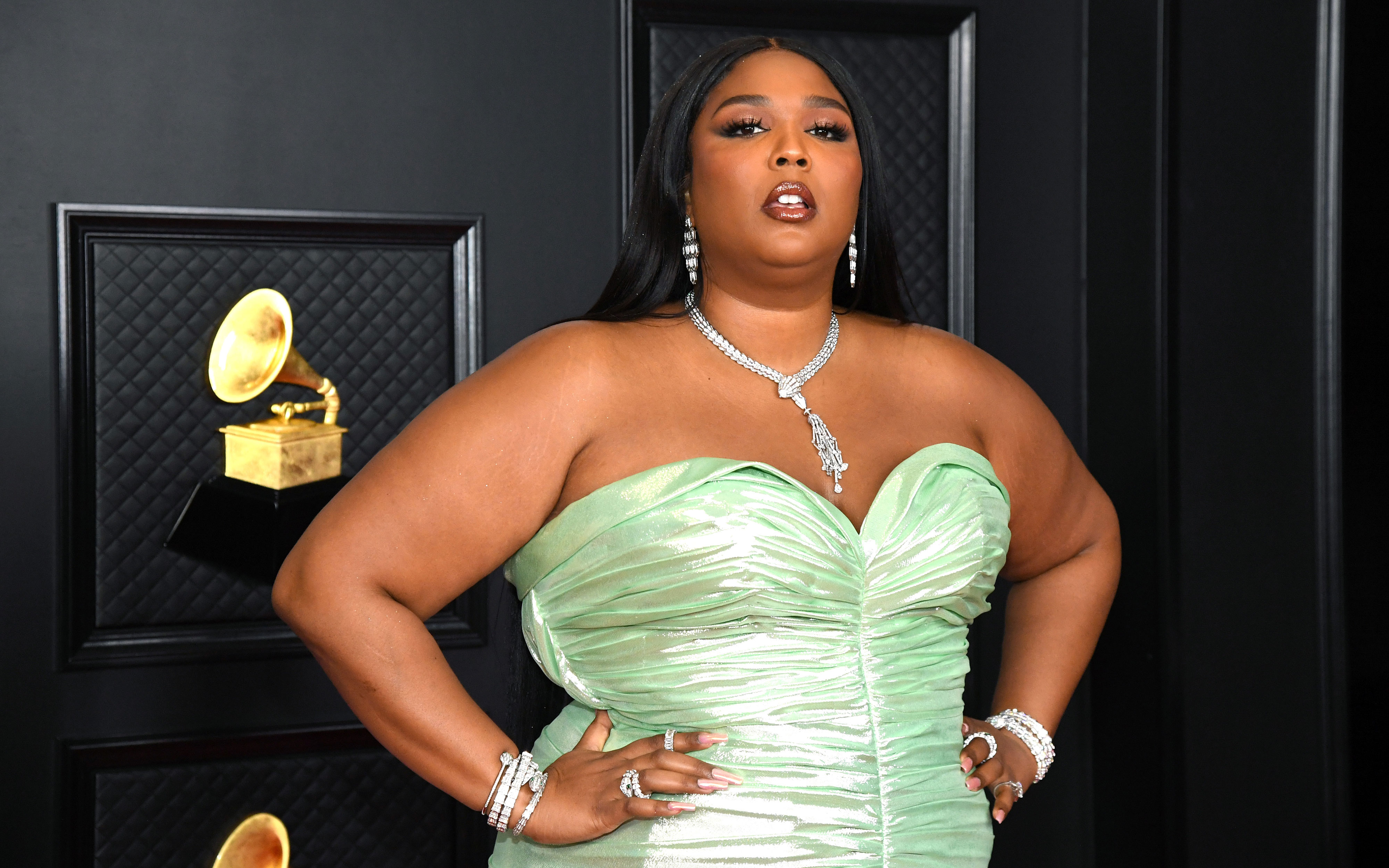 Can everyone leave Lizzo alone?

Since the release of the music video for her new song “Rumors” on August 13, Lizzo has had the whole internet talking. The video, featuring Cardi B, is inspired by ancient Greek art, with references to Disney’s animated Hercules movie — namely the film’s five “muses,” a group of Black goddesses famous for their harmonic singing parts throughout the film. “Rumors” is about addressing criticism, hate and, of course, the spreading of false information. But despite its empowering messaging, it’s resulted in Lizzo being on the receiving end of hateful comments, yet again.

In an interview with Good Morning America on August 18, the singer spoke candidly about how cruel comments on social media are impacting her. “People are like, ‘don’t let them see you with your head down, sis!’ My head is always up. Even when I’m upset and even when I’m crying, my head is up,” she said. “But I know it’s my job as an artist to reflect the times and this sh-t should not fly. This shouldn’t be okay.”

The interview was released just days after an Instagram Live on August 15, where Lizzo spoke tearfully about receiving racist and fatphobic comments after the release of “Rumours.”

“Sometimes I feel like the world just don’t love me back. It’s like it doesn’t matter how much positive energy you put into the world, you’re still gonna have people who have something mean to say about you,” she said. “What I won’t accept is y’all doing this to Black women over and over and over again, especially us big black girls. When we don’t fit into the box that you want to put us in, you just unleash hatred onto us. It’s not cool.”

Following the song’s release, Lizzo faced body shaming and racist vitriol. On Twitter, she was accused of embodying the “mammy” stereotype — an offensive term depicting a caricature of Black women as caregivers to white children. The comment was made in a now-deleted Tweet, where the user said that Lizzo was performing for the “white gaze” in her music video. The “Rumors” video shows Lizzo wearing a white greek robe, draped in pearls and heavy gold accessories, while dancing and embodying her sex appeal. The mammy trope, conversely, is desexualized and is explicitly designed as a background character. The reason for the comment, therefore, seems to point to deep-rooted biases against darker-skinned, larger Black women who are pushing back on longstanding societal pressures of how they can and cannot present themselves. Lizzo responded to this criticism on TikTok, saying in part, “These people who are saying this are probably the same people who are mad when I’m being hypersexual. The mammy trope is actually desexualized.” She adds, “It can’t both be true, make it make sense!” Ultimately, Lizzo concludes: “I think people are just mad to see a fat Black woman that makes pop music and is happy.”

@lizzo##stitch with @pablothedon They don’t know I do it for the culture.. gahdam♬ Rumors (feat. Cardi B) – Lizzo

Following the singer’s Instagram Live, both Instagram and Facebook removed several hateful comments from Lizzo’s accounts. A Facebook spokesperson confirmed that the comments violated the social media platform’s rules against hate speech and harassment, as reported by Billboard. In efforts to further prevent hate speech on its platform, Instagram unveiled a new opt-in feature on August 10 that allows users to limit offensive remarks by automatically hiding comments from accounts that don’t follow, or only recently followed, the user. And while this might offer celebs like Lizzo the opportunity to face fewer hateful messages every day, it doesn’t address the larger issue of online hate — and specifically the hate directed toward Black women.

For years now, Lizzo has maintained her one-of-a-kind presence on social media by being outspoken about nurturing self-acceptance. But just because she’s confident doesn’t mean she should be a constant target of internet criticism and hate. In addition to the typical growing pains of a high-profile artist in the music industry, Lizzo is constantly at the intersection of misogyny, fatphobia and racism. And she deserves better.

How I Lose Fat & Keep it Off: Meals, Workouts + Everything Else
The Sad Truth About Social Media and Toxic Diet Culture
We’re in the Age of Experimental Eyebrows
How to Tell When You’re Actually Ovulating
ASMR | What I Eat In A Week [Healthy Lunches]