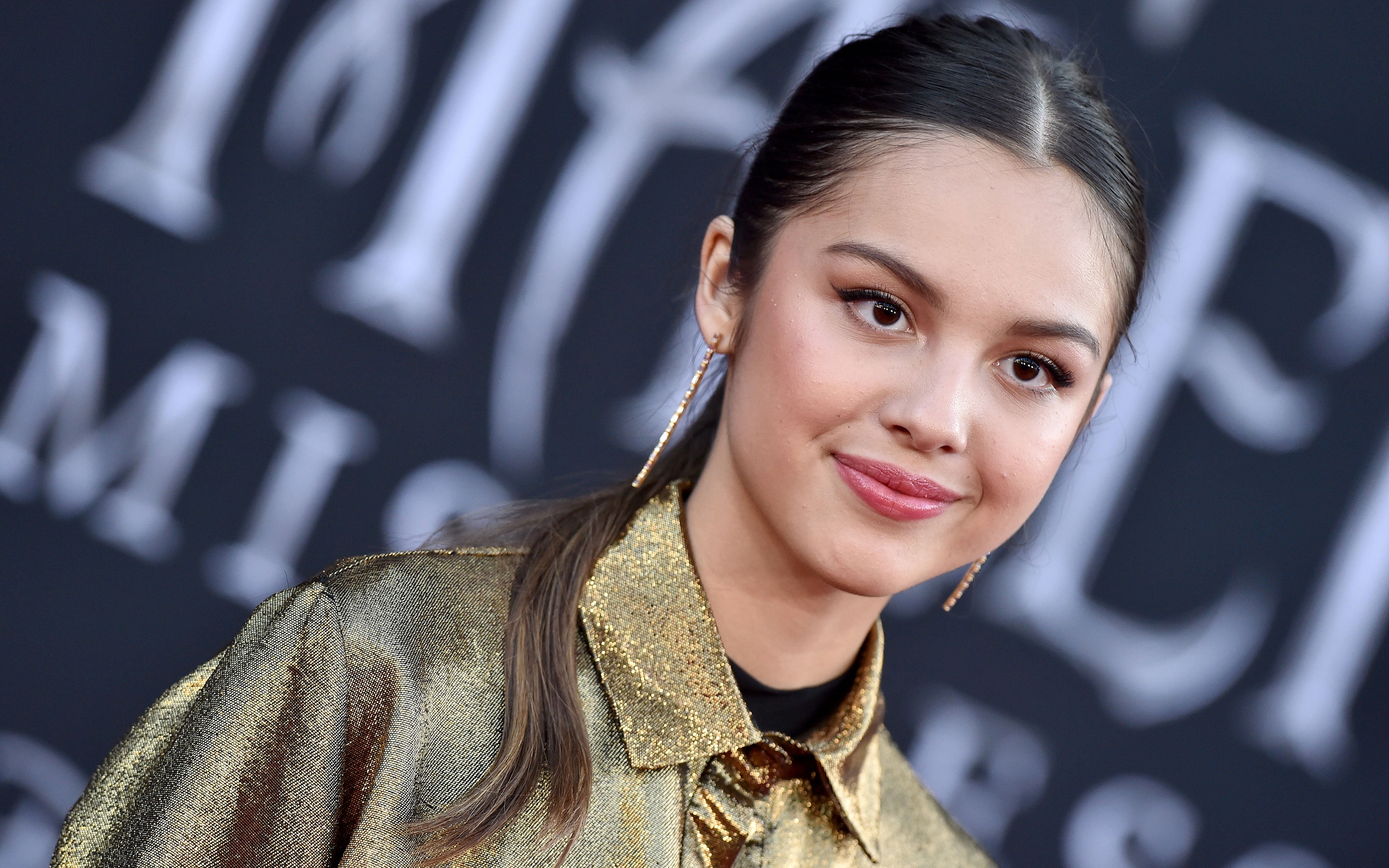 The pop singer’s ‘Sour’ merch has been criticized by fans for its bad quality (and even typos), adding Rodrigo to a list of artists who’ve had this exact problem.

Merch is an important part of any music fandom. This is particularly true in the COVID age of streaming and digital performances, where artists can’t connect with fans in physical spaces like they used to. Buying an artist’s merchandise is a way to directly support them while feeling a sort of kinship with other fans, and the collective experience of their music. It’s also important for the artist, who can make a substantial profit through merchandise sales.

When pop music’s current it-girl Olivia Rodrigo debuted her merch online back in May, there was much anticipation from fans. For starters, Rodrigo’s website was carefully curated with a colour scheme and tone to match her newly released album, Sour. The online shop featured pieces inspired by Rodrigo’s signature Y2K style beloved by her largely Gen Z fan base, like bucket hats and chunky jewellery — modelled by the 18-year-old star herself. But months after the merch drop, fans are not happy with the products they’re finally receiving.

Despite the website’s promising look, the apparel itself has arrived with an array of problems. On TikTok, one fan shared that the word “sour” in the earrings they receiving was misspelled. Another fan pointed out the discrepancy between the crewneck T-shirt advertised on the site versus what they received — noting the completely different shade of purple and the missing cuffs on the sleeves. Many fans have also posted about how a cropped white graphic tank top from the collection arrives un-cropped — and honestly much longer than the average tank top.

On TikTok, the hashtag #OliviaRodrigoMerch — which has garnered over 30 million views — is filled with videos of fans sharing their disappointing experiences. At the time of publication, Rodrigo and her team had not responded publicly to the criticism surrounding the merch, but fans have noticed that some of the problem items have been removed from the website entirely.

This isn’t the first time celebrity merchandise has been a letdown to fans. On her Sweetener album tour, Ariana Grande’s concert T-shirts were criticized for lacking in quality and creativity. Most notable among this particular line of merch was a white shirt that had a weird blue blotch — accidentally resembling an NSFW design. Harry Styles’s Fine Line album merch has also became known across TikTok for its generic, unimaginative designs — so much so that some fans have begun redesigning and selling their own merch inspired by the singer. More recently, on July 24, Doja Cat took to Twitter to respond to people who were criticizing the designs and price point of the merchandise from her new album, Planet Her. “[The] merch is bad. i’m aware,” she wrote. When a fan asked, “who is designing this batch of merchandise?” Doja Cat responded that she didn’t know.

This is the case for most artists, as it turns out. Though their names and faces are on it, artists often aren’t in charge of manufacturing or doing quality control before merch is shipped out to fans — this is usually handled by merchandising companies who work with an array of artists. But despite this, some artists’ merch has been well-received by fans. Billie Eilish, for example, is known for her sustainable and unique merchandise; she even recently included a vegan pearl necklace in the merch for her sophomore album, Happier Than Ever. Megan Thee Stallion’s merch has also redefined typical artist-sold clothing by giving fans the option to personalize their designs, allowing them to pick from various cutout images of her to paste in a graphic T-shirt before ordering.

For artists like Rodrigo, with young fans who have limited budgets, they likely struggle to produce merch that is both good quality and inexpensive. And with celebrity merch frequently disappointing buyers, some fans have become critical of celebs selling their merch at increasingly higher price points.

Artist merch is the intersection of fashion and pop culture — and it is more valuable than ever as it becomes a key way for fans to have a physical connection to an artist they love. For merch to be successful in the eyes of fans, it seemingly comes down to striking a balance between creativity and affordability. Correct spelling is always good, too.