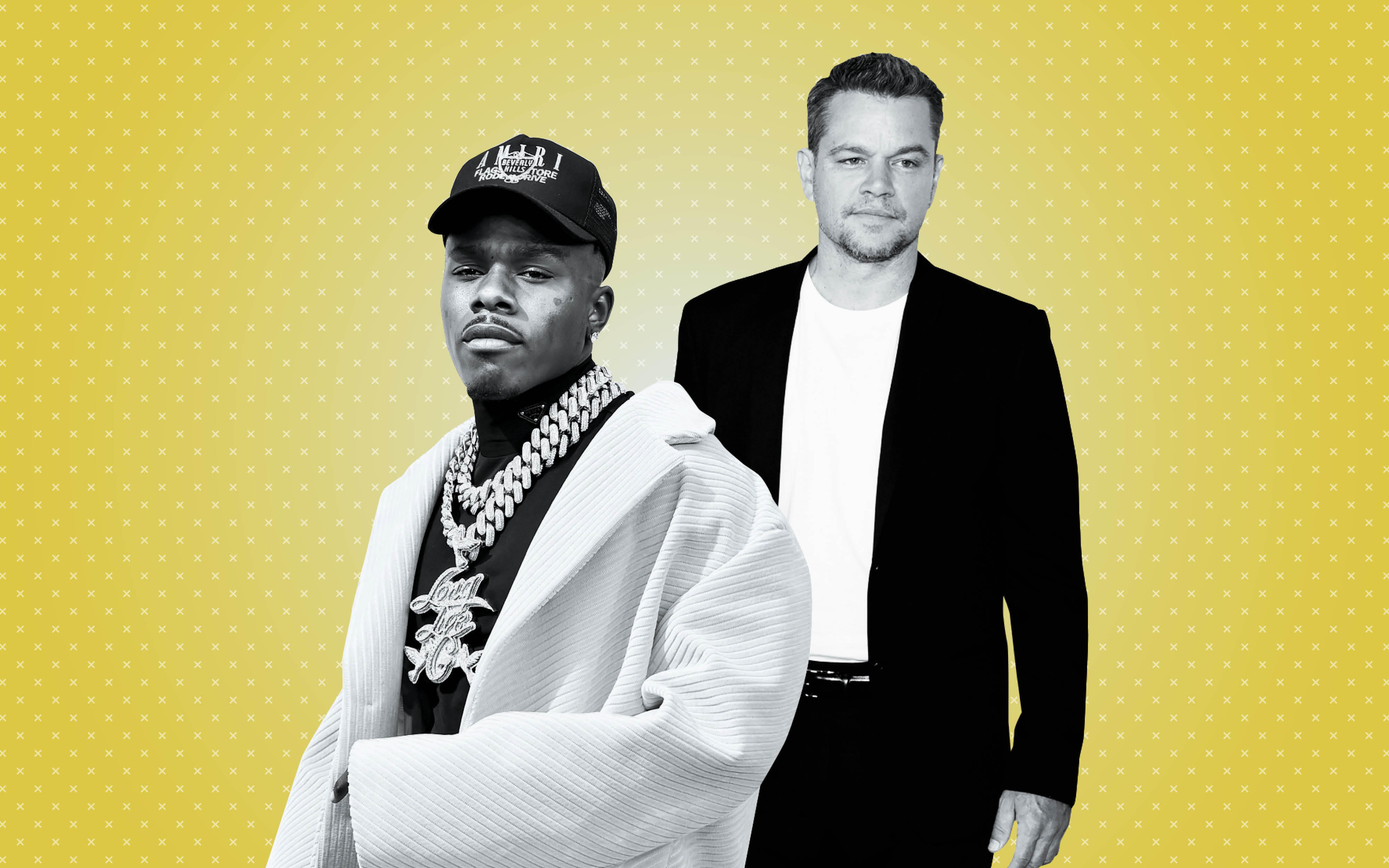 We spoke to an expert about DaBaby and Matt Damon’s recent comments about HIV and the “f-slur” — and how they perpetuate harmful stigmas about the LGBTQ+ community.

Carmen Logie remembers the very first time she heard of HIV/AIDS. It was the mid-1980s and she was about 10 years old when she saw a billboard that read “AIDS kills.” This jarring introduction to an unknown concept confused her. She remembers thinking, “What is this? AIDS kills?” Now an associate professor in the Factor-Inwentash Faculty of Social Work at the University of Toronto and a Canada Research Chair in Global Health Equity and Social Justice, she says this kind of HIV/AIDS messaging in the media contributes to the othering of LGBTQ+ communities. After seeing recent headlines about well-known celebrities using homophobic slurs and perpetuating HIV/AIDS stigma with harmful comments, Logie says she’s reminded of how far we still have to go in challenging our biases.

On August 2, rapper DaBaby apologized for homophobic comments he made during his performance at Rolling Loud music festival on July 25. “If you didn’t show up today with HIV, AIDS, any of them deadly sexually transmitted diseases that’ll make you die in two or three weeks, put your cellphone light in the air,” he announced in the middle of his set, as reported by Newsweek. He made additional derogatory remarks about women’s bodies and members of the LGBTQ+ community. DaBaby received backlash for his comments and has since been dropped by several upcoming music festivals he was scheduled to perform at. In his apology, he said his comments were “misinformed” and that he had needed education and guidance on these topics.

Actor Matt Damon has also come under fire for an anecdote he shared in an interview with the U.K.’s Sunday Times on August 1, where he said he only recently stopped using “the f-slur for a homosexual” thanks to his daughter educating him on the offensiveness of the term. Damon later released a statement to Variety asserting that he’s never actually used the term in his personal life, but that as a child, he “heard the word ‘f*g’ used on the street before I knew what it even referred to.”

Both stories taking place within the same week, though different from one another, point to a common trend: lack of knowledge regarding LBGTQ+ issues that lead to misinformation and casual homophobia. Despite developments in research and scientific knowledge around HIV and AIDS, lack of representation and understanding in media contributes to underlying biases toward LGBTQ+ people, explains Logie.

At the beginning of the HIV crisis in the 1980s, the often limited coverage from media was stigmatizing and damaging. Uncertain of the origins of the disease, media outlets dubbed HIV “gay cancer,” perpetuating prejudice and alienating LGBTQ+ communities. Discrimination was also placed on drug users, as the virus could spread through needle injections. Both of these marginalized groups were seen as the sole targets for HIV, and some media outlets echoed conservative sentiments that the virus was God’s way of punishing them for their “sins.” Over the intervening decades, science has made significant strides in terms of understanding the disease, but media and Hollywood representation hasn’t quite followed suit.

“We have done a really bad job of having the media align with science,” Logie tells FASHION. “There’s a lot of silence around HIV. I don’t really see, in any of the big blockbuster movies that I’ve seen, anybody living with HIV.” She commends the impact of TV shows like Pose, which explores HIV in a complex way and stars Billy Porter, who is open about living with HIV himself. However, we rarely see movies and TV shows feature characters living HIV-positive when it’s not their main, often tragic storyline. But the thing is, HIV can just be a part of someone’s life.

“The strongest level of evidence you can have shows that when a person living with HIV is taking their medication and [it’s] virally suppressed, there’s no chance they can transmit the virus,” explains Logie, whose research focuses on HIV and stigma. “There’s every chance that, given a healthy diet and secure housing — the social determinants of health, a person living with HIV can live a long, healthy and happy life. You could have a partner who is HIV-negative, if you’re HIV-positive, and not transmit the virus if you are undetectable on your medication. You can have children and not transmit the virus to children. There’s so much hope. And there’s so much progress, scientifically, that it is disappointing when I see that social progress is behind the science.”

She says Damon’s conversation with his daughter represents an important generational shift away from harmful language, something she didn’t see when she was young. “When I was growing up in a small town, [the f-slur] was a very common insult that was used all the time. I witnessed the harm of that word, as somebody [who is] a part of the gay community,” Logie says. “I have very strong memories of hearing that word.” She explains that straight people, like Damon, often don’t have to confront their own LGBTQ+ biases or the way that slurs like this hurt marginalized groups, because it doesn’t affect them personally.

Slurs and outdated falsehoods about HIV and the LGBTQ+ community are part of a harmful homophobic narrative. It’s one that can perpetuate a dangerous culture of anxiety and silence surrounding the virus specifically, explains Logie, pointing to DaBaby’s remark that the virus will kill you in a matter of weeks. “It just creates more fear around HIV, and that fear could fuel more stigma towards people living with HIV. It’s [also] going to dissuade people in that audience from getting tested. We know that fear of HIV [and] fear of learning you’re HIV positive … is a deterrent from getting a test. And you need to get tested in order to be able to start your medication if you’re living with HIV,” says Logie.

In Canada, approximately 13 percent of people living with HIV are undiagnosed. And HIV stigma is more dangerous for people with intersecting identities, who are on the receiving end of both racism and LGBTQ+ discrimination. With HIV stigma comes the criminalization of HIV in the media, which has historically disproportionately impacted Black communities. An Ontario study that analyzed 1,680 Canadian newspaper articles between 1989 and 2015 about HIV non-disclosure criminalization cases — when an individual doesn’t tell their partner they have HIV — found that Black people were overrepresented. Despite Black men making up only 20 percent of people charged, the study found that Black immigrant defendants made up 62 percent of the media stories told about prosecution for non-disclosure.

Comments that play into the harmful tropes about gay people and HIV are indicative of how much destigmatization efforts are still needed, says Logie. “For me, [DaBaby’s comments] felt like a really big step back, and also just a wake-up call of how much work we still have to do to bring science into popular culture.”

Logie says information regarding HIV is available, but obtaining that knowledge is only half the battle. The other half is challenging our underlying biases and the stigmas we were taught to bear, which involves removing harmful words from our vocabulary. She adds that the most meaningful step in challenging stigma is doing the work yourself before asking others to educate you.

“Read a book, read a newspaper article, listen to a podcast,” says Logie, who has a podcast dedicated to unpacking different kinds of stigma. “If you don’t know about HIV, there’s a lot of places you can learn that about it. You can go to the UN AIDS website, you can look for some people who are openly living with HIV, like Billy Porter’s story, watch Pose — go educate yourself a little bit. Start to unpack some of the ways you were raised to think of what is normal, what is natural, what is acceptable.”