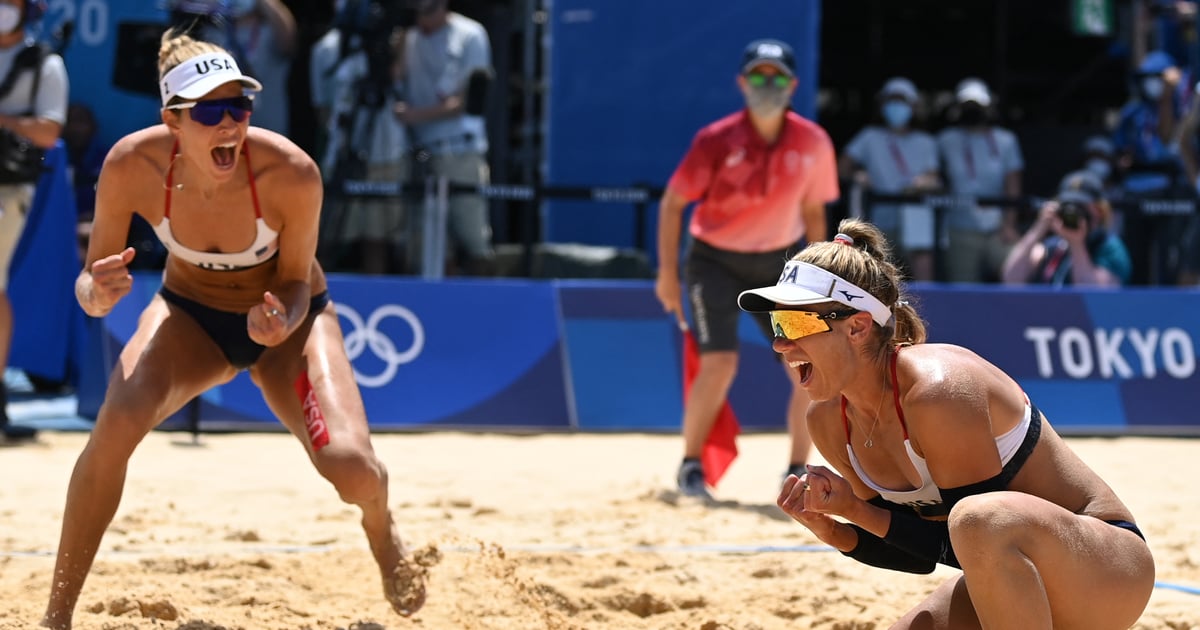 It’s beach volleyball gold for Team USA’s April Ross and Alix Klineman! The “A Team” defeated Australians Mariafe Artacho del Solar and Taliqua Clancy in a match they controlled from the start, looking every bit the dominant competitors who went undefeated in seven matches in Tokyo.

In fact, Ross and Klineman only dropped one set during the entirety of the Olympic tournament, and they kept that streak throughout the gold medal match. Klineman and Ross took the first set 21-15, setting the tone with two early aces from Ross and going on to win 21-15. The Americans continued their strong serves into the second set, when they went down 2-0 early on and promptly responded with 10 unanswered points. From there, it was about hanging on and outlasting the Australian team, which had held a 3-2 head-to-head record against Klineman and Ross going into the Olympics. Both teams gutted it out in tough conditions, with 129-degree temperatures registering on the sand before the start of the match. As the last Australian spike hit the net to give the Americans the 21-16 win, Klineman and Ross collapsed to the sand and yelled in victory.

For April Ross, the win helped her make history: Ross is the first woman beach volleyball player to win gold, silver, and bronze in the Olympics. “To get a gold medal, finally, just feels so amazing,” an emotional Ross told NBC after the match. Klineman, meanwhile, was is in disbelief after winning gold in her first Olympics. “This is what we dreamed of. This is why we sacrificed so much and worked so hard . . . I’m so grateful for April and the rest of our team,” she said. Ahead, see photos from the historical day on the sand and the emotional, hard-fought victory by gold medalists Klineman and Ross.

TONING + STRENGTH Workout for Women over 50 ⚡️ Pahla B Fitness
The Sad Truth About Social Media and Toxic Diet Culture
Cauliflower Lentil Salad is a healthy lunch idea
Is Anyone Thriving More Than Anne Hathaway Right Now?
What I EAT in a Day (While Breastfeeding) | Healthy Meal Ideas!